If You Don’t Want To Support Planned Parenthood, Here’s What To Do….

There are a whole lot of folks who are very angry with Planned Parenthood right now. A video was released that appeared to show people from PP selling baby parts to an undercover buyer, and as a result of this very misleading video, there was a renewed attempt in congress to defund them–Despite the fact that (per the Hyde Amendment) no federal funds can be used by Planned Parenthood to pay for abortions. The attempt was defeated, but because of that video, many republican lawmakers have vowed to block any federal funding bill that contains any funding for PP–Even if it means shutting down the government (which, for many of these bozos, was probably the goal all along). But if we don’t look deeper into heavily-edited videos like these, we can end up with something other than the truth…. As evidenced by the following video, showing conclusive proof that Brian Williams knows all the words to Dr. Dre’s “Nuthin’ but a G Thang.”

Sure, a misleading video took down ACORN…. but really, an organization that is capable of mistaking this dork for an actual pimp probably shouldn’t be in business.

As a side note, if you want to damage the reputation of an organization, here is a really good recipe for how to do it: 1) Get hours and hours of undercover video. 2) Ask questions that are designed to get the kinds of soundbites that you desire. 3) Heavily edit the video to make it tell the story you are trying to sell, regardless if that story is anything close to truthful. 4) Leave out anything that doesn’t fit your narrative. 5) Release that heavily-edited, “bombshell” video online, secure in the fact that less than 1% of the people who view it will have the time or energy to plow through the ACTUAL TRANSCRIPTS to find out just how ethical the organization’s actions were. Voila… Damage done! It worked with ACORN and their “diabolical scheme” to help empower poor people, and now it’s being attempted on Planned Parenthood. And a viral lie is just like when my daughter spills a container of glitter–you can attempt to clean it up after it has gotten everywhere, but no matter how hard you try, you’re going to be finding that crap for years to come.

By the way, if you’re wanting an explanation of what was really happening in the PP sting video everyone was sharing, there is a very good explanation RIGHT HERE. But if you are not already a person who believes abortion should remain safe, legal, and rare, you are probably not going to click on it. Or if you do click on it, you will probably dismiss it as “more liberal lies.” If you want the short version, here it is: People are legally allowed to donate parts of themselves (tissue, limbs, organs, or my cadaver after I die). And if I donate a kidney, it doesn’t just appear at the lab/hospital I donated it to…. It costs money to transport things. Whether that thing is human tissue, flowers, or a Playstation 4. 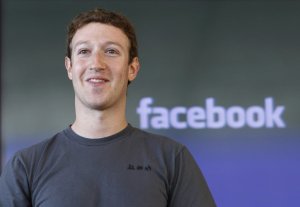 Mark Zuckerberg: Baby Killer. OR, a philanthropist who donates billions of dollars in an attempt to make the world a little bit better. Can’t be both….

As a result of the collective outrage over this intentionally misleading video, a grassroots movement has started where people have called for a divestment in corporate sponsors of Planned Parenthood. Like me, you may have friends who posted lists of companies that give to Planned Parenthood on their Facebook page in an attempt to inspire people to stop supporting the names on that very extensive list. Well, if you want to boycott supporters of Planned Parenthood, maybe you should start with Facebook. Because Facebook CEO Mark Zuckerberg donated 19 million Facebook shares (valued at $992 Million) to a charity that funds Planned Parenthood. The year before, he donated 18 million shares to the same charity–the Silicon Valley Community Foundation.

I know this is going to be hard for you, but I also know how important your integrity is to all of you, and I can’t imagine you being alright with supporting a man who supports a charity that supports Planned Parenthood. Even though the truth is that the VAST majority of Planned Parenthood’s work PREVENTS the sorts of circumstances that might lead to an abortion, there are many of you out there online who could never be convinced that PP is not a giant baby-murdering factory…. And I suggest that you start your divestment by leaving Facebook. I don’t know how you could sleep at night knowing that every time you post another misleading, overly-simplified meme or article about Planned Parenthood, you are putting more money into the pockets of a man who donates billions of dollars that goes toward helping them stay afloat. Every comment, every post, every unending argument…. You are helping fund abortions. And if you believe the lies that video presented, then you should understand (as one of my really funny friends said on a Facebook thread), “by commenting, you’re propagating the dismemberment, sale and distribution of baby parts, you sick bastards.”

So…. Farewell, “People Who Are Incapable For Some Reason Of Seeing The Complexity Of Situations Like The Issue Of Abortion.” You will be missed.

P.S. Before you decide to write all your angry responses, please do me a favor and read this post I wrote a little while ago called “Finding A Middle Ground On Abortion.” And if you’d like, feel free to follow me on Twitter or like my Facebook Page…. Something tells me I am going to lose more than a few people with this one.

8 Responses to If You Don’t Want To Support Planned Parenthood, Here’s What To Do….