This scene gets less and less funny the older you get….

Yesterday morning I woke up, stumbled out of bed, and shuffled over to the bathroom…. And just like I do every morning, I peed for an “Austin-Powers-getting-cryogenically-unfrozen” length of time while gargling some Listerine (sure, there are other mouthwashes that don’t inflict actual pain, but I figure if it’s not making your entire mouth numb, it’s probably not working). I guess when I spit out the mouthwash, some got hung up on my beard and dribbled onto my chest, and when I looked down to wipe it off, I saw it: A grey chest hair. Well, more silver than grey, if we’re being honest. There is was…. mocking me and my aches and pains…. Trying to be as conspicuous as possible, sticking straight out, in that last little hairy rigor mortis that hairs do as they go through the death throes before turning grey–The same way many of my beard hairs have done in the past. But for some reason, this hair stuck out like a little monument to my own mortality. Within hours of noticing this stupid little hair, I had thrown my back out on a soccer field while pretending I was still in high school….

If I had know THIS is what these goof balls looked like, the song probably wouldn’t have felt quite as profound.

So my own mortality and that little hair weren’t really the things that inspired me to write this post–I’ve actually been thinking about this for a while now. I remember my father–before he died–sitting me down while I was just hitting adolescence, and making me listen to the words of Mike & The Mechanics’ “In The Living Years.” He walked me through the song, and I remember him tearing up at the part that said, “I wasn’t there that morning when my Father passed away. I didn’t get to tell him all the things I had to say. I think I caught his spirit later that same year. I’m sure I heard his echo in my baby’s new born tears–I just wish I could have told him in the living years.” I felt like he was lamenting his own father’s passing, and not necessarily saying to his son, “If you’ve got something to say to me, say it while I’m still alive.” But there have been many times that I’ve thought about that moment–that song–over the years…. Times when I wish my Dad was still alive, times when I wish he could have met my beautiful children, times when I wish I would have told him all the things I had to say while it was still “the living years.” 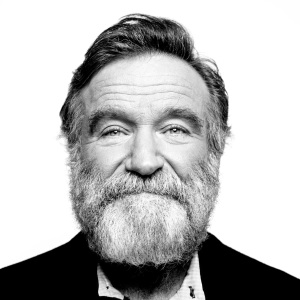 It’s okay that I never knew him…. I can still love him.

The longer we live, the more people we know who have died. That’s just the way life works…. And everyone likes to believe that people who have died can still hear us. Me? I’m not so sure. Maybe…? I don’t know. I know the thought is very comforting, but everything we believe about what happens after people die is speculation at best. Since I have been writing this blog, I have written a few times about people who have died who have meant something to me. I wrote about my Dad. I wrote about the passing of Maya Angelou and the tragic death of Robin Williams. Recently I wrote about the death of an acquaintance/sort-of-friend named Bob. As the patriarch of the Westboro Baptist Church laid on his death bed, I wrote a Love Letter to Fred Phelps. And I also wrote about a sort-of-friend named Brent. Brent died while I was writing that post, and as I wrote there, “He was a giant of my childhood, and he probably never knew it.” There are no guarantees that dead people can hear our attempts at kindness after they are gone. 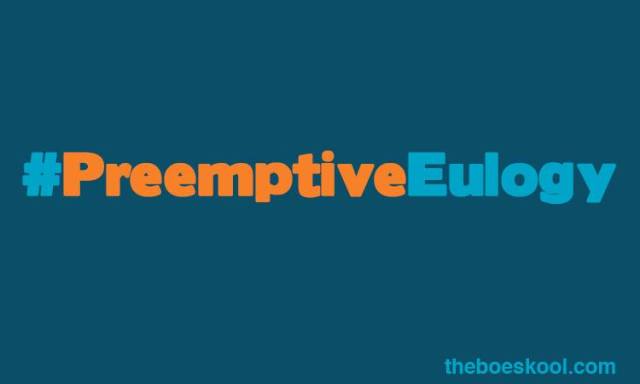 Feel free to use this picture if you write your own Preemptive Eulogy.

Telling someone how amazing they are, how much we love them, how they touched our hearts and changed the course of our lives–The time for saying all these things is NOT when a person is lying in a casket. So here’s what I want you to do: I want you to write SOMETHING to tell a person how special they are to you, and I want you to do it publicly. It can be a Tweet, it can be a Facebook status, it can be on Instagram, it can be a blog post, if you have a blog…. Whatever. And then hashtag #PreemptiveEulogy so people can find them all in one spot. Of course you can tell the person to their face as well, but there is something special about standing up and saying, “This person is fantastic and inspiring and amazing, and I want to make sure everyone knows it.” Enough waiting for people to die to say how we feel….

And, just to be clear, this is NOT something that is meant just for those of us who are getting older and closer to death and finding grey chest hairs. No one knows when you or someone else won’t be around to say the things you want to say. This can be for the young, or it can be for the old. It can be for someone you know well, or it can be for someone you have never met–I mean, I cried like a baby when Phil Hartman died, and I never met him once. He never did one thing for me…. Other than that one giant thing of making me laugh over and over and over again. And you know what? That is worth something. And it’s worth saying something about. So…. Just to recap, here’s what I want you to do:

I took a trip to New York City recently. It was my first time there (HERE is a self-centered, somewhat humorous pictorial tour of the city, in case you are interested), and as I walked through that city, I heard echoes of music the entire time. It was the music of Paul Simon. I whistled the tune to “Feeling Groovy” (The 59th Street Bridge Song) while walking though Washington Square Park. I kept a lookout for the words of the prophets. I looked up at those buildings, I thought about “The Only Living Boy In New York,” and sang the words, “Here I am.” With every step I took, his lyrics floated around me. And I thought, “Hey, I’ve got nothing to do today but smile….”

They *might* have been a little bit high here…. And that’s okay.

My first car was a baby blue Toyota. About its only amenity was its tape player, and one day the eject button broke…. The tape that was in it at the time was Simon & Garfunkel’s Greatest Hits. Luckily, it would switch to the other side when it reached the end of the tape. For about three years, everyone who rode with me knew that they were listening to S & G or nothing. I might have been able to jimmy it out, but I really didn’t want to. I listened to those songs so many times that when when one song ended, I knew the exact starting note of the song that was coming next. I left behind the melodies and Art’s harmonies, and I sang the third parts of those chords…. imagining a day when chance would bring our paths together, and Paul would hear my subtle third part harmonies, and he would invite me to join the “Poet and a one-man band.”

“You want to be a writer–Don’t know how or when? Find a quiet place. Use a humble pen.” ~ One of My Heroes

And I know, Paul (can I call you Paul?), you look back at a lot of those early songs as something inferior to your later work (and you’re certainly right in many ways), but they were the soundtrack to my childhood. They were tunes that taught me harmony. As a child, I thought it was all about Art, but when I found those stories, those tunes, those songs came from your mind, I marveled at the talent that created them. And then, to discover all the stuff you had been creating on your own…. The music just got deeper and deeper as my expanding consciousness was able to receive it. Really, your songs made me marvel at God in new ways as well. The first time I listened to the Graceland album, I thought to myself, “This is as good as it gets.” And it still is. But the breadth and depth of your work…. It’s staggering. 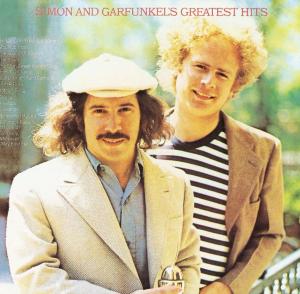 Here’s Paul during a brief period of time where he also smashed watermelons with a giant hammer….

So I can’t thank you enough for all the moments–all the hours I’ve had driving with your songs, discovering something new and amazing. Thank you for the way you spelled out the words “ANIMAL BEHAVIOR.” Thank you for the way you rolled your eyes with your voice when Art didn’t pause long enough on the beginning of “The Boxer” in the concert in Central Park. Thank you for the trains in the distance, thank you for the hearts and bones that won’t come undone, thank you for “The Penguins, The Moonglows, The Orioles, and The Five Satins.” Thank you for the complete work of art that is the album “You’re The One.” THANK YOU! And it’s not because you’re in your 70’s now, and it’s not because you’re getting old (“God is old, and I’m not old“). It’s because your music has made my life richer. Your songs have pulled me toward compassion and understanding in ways that are hard to express. I don’t know you, and we’ll probably never meet, but your work has touched my soul. And I wanted to tell you.

Now…. If anyone can pass this along to Paul Simon, that would be swell.

This entry was posted in 5) Not Quite Sure and tagged #PreemptiveEulogy, Grey Chest Hairs, Paul Simon, Preemptive Eulogy, Robin Williams, Simon % Garfunkel. Bookmark the permalink.

3 Responses to A Preemptive Eulogy