Five Important Movies To Watch–Now More Than Ever

Posted on February 7, 2017 by theboeskool

You ever watch a movie, and then–after some time passes–you watch it again, and suddenly it MEANS something different? The message… The meaning… The significance… The POWER of the story was not necessarily “wasted” on the younger version of you… But it was IMPLANTED in you–in your heart and your mind and your soul–waiting for your life and your experiences and your world to catch up with the wisdom that lies dormant inside of you. Like a seed. And then–through chance or self-realization–you revisit that movie, and something inside of you gets… Activated. Wakes up. Comes Alive.

Well, I have chosen FIVE of these kinds of movies–all of them available for streaming on Netflix–that have helped me come alive. And I wanted to share them with you. Maybe you have seen them before, maybe you have never seen them, maybe you have never even HEARD of one or two… But if you can do me a favor and trust me, I promise these movies have something special to say to us at this time in history. I am a firm believer that STORY has the power to change us… That our empathy is what makes us most human. And every time we step into someone else’s shoes–every time we step into someone else’s story–through that holy empathy, we are given a chance to become even more human. To come alive. To wake up a little bit more. Here they are, in no particular order:

If I had seen this movie before going to college, I might have decided to be a journalism major. So. SO good…

If there is one thing I am certain of right now, it’s that we all need to recommit ourselves to being people who are dedicated to getting the facts right. This new administration is constantly antagonizing, attacking, and attempting to undermine the credibility of the Press… And as I wrote about last time, this is a commonly used tactic for regimes that are taking steps toward fascism. Consider for a minute (or longer) that we have a president who actually tweeted the words, “Any negative polls are fake news.” As if the protests and marches all over the country were fabrications created by the “liberal media.”

“Spotlight” is the story of the investigative journalism unit for the Boston Globe that uncovered the extent of the Catholic Church’s coverup of the sexual abuse being perpetrated by priests. If this sound too heavy for you, just know that the story is less about the abuse, and more about journalistic excellence, getting the story right, and speaking truth to power. It is about the drama of the newsroom, the importance of standing up to institutions, and the danger that comes when good people don’t speak up for what is right. Please believe me when I say, it is more important now than ever. And if my recommendation isn’t enough, it also has a 96% rating on Rotten Tomatoes and it won the Academy Award for Best Picture. Watch it. It won’t be on Netflix forever. And as this current administration continues its attack on journalism, remember these words from Thomas Jefferson: “Were it left to me to decide whether we should have a government without newspapers, or newspapers without a government, I should not hesitate a moment to prefer the latter.”

Quite possibly the most important movie I’ve ever seen.

Even though I dedicated and ENTIRE BLOG POST to this documentary, it is worth asking again: Please. PLEASE watch the documentary “13th.” It is so important. This month we are having a viewing at our Church. I’m embarrassed of how ignorant I was (and I continue to be) about the history of racial oppression in this country. If you are a white person who even has begun to suspect that your own privilege has blinded you to the reality of white supremacy, as well as the continued injustice faced by so many People of Color in this nation, this movie will open your eyes… Or at least make you aware that your eyes have been closed. I cannot recommend it highly enough, but again–If that’s not enough, it is also nominated for Best Documentary at this year’s Academy Awards. The day after Trump won the election, shares in For-Profit Prisons went through the roof. This did not happen by accident. It is time for us to WAKE UP.

To Kill A Mockingbird

“You never really understand a person until you consider things from his point of view… Until you climb up inside of his skin and walk around in it.” ~ Atticus Finch

As an English major, I’m ashamed to say that I had forgotten most of this amazing story. Adapted from Harper Lee’s Pulitzer Prize winning novel of the same name, “To Kill A Mockingbird” is widely considered to be one of the greatest American films. It was nominated for eight Academy Awards, including Best Picture. Gregory Peck won Best Actor for his role as Atticus Finch… The character the American Film Institute called the “greatest movie hero of the 20th century.” The story of Scout and Jem and Atticus and Tom and Boo Radley is one of the most important American stories we have. It was so important that Lee was awarded the Presidential Medal of Freedom for writing it. Lately it seems like many Americans have forgotten who we are. And if not “who we are,” at least WHO WE ASPIRE TO BE. We desperately need Atticus Finch to remind us… Moral and strong and willing to do what’s right, even when it’s very hard.  We need to be reminded of heroes like Atticus Finch–All of the time, but now more than ever. Watch it. And let yourself cry when you hear the words, “Miss Jean Louise, stand up. Your father’s passing.”

Alright, so it doesn’t have to be “Superbad.” I actually wanted to put “Hot Rod” in this spot, but it turns out Netflix took it down (proving once again that Cinderella was right when they wrote that you “Don’t Know What You Got (Till It’s Gone)”). It can be anything… “Tommy Boy.” “Ferris Bueller’s Day Off.” “Amelie.” Whatever. INSERT YOUR OWN MOVIE HERE. Just make sure it’s something that makes you laugh… Something that takes your mind off the daily mind-numbing, soul-wearying barrage of bad news we have have to endure for the these past two weeks. This is going to be a long fight. We HAVE to be able to recharge our batteries. And for me, a big part of that is laughter. I am saying this as much to myself as to any of you: If you are feeling like your mind is constantly outraged at all the horrible things, STEP AWAY. Have some fun. Laugh. Watch something mindless and silly. Take a break… I promise there will still be plenty of the world’s problems left to solve when you come back.

And last, but certainly not least…

This is the face of a person who is no longer afraid.

“It seems strange that my life should end in such a terrible place, but for three years I had roses and apologized to no one. I shall die here. Every inch of me shall perish. Every inch, but one. An inch. It is small and it is fragile and it is the only thing in the world worth having. We must never lose it or give it away. We must NEVER let them take it from us. I hope that whoever you are, you escape this place. I hope that the worlds turns, and that things get better. But what I hope most of all is that you understand what I mean when I tell you that, even though I do not know you, and even though I may never meet you, laugh with you, cry with you, or kiss you, I love you. With all my heart, I love you. Valerie.”

One of my two favorite “arms raised in the rain” shots in a movie… I’ll bet you can guess the other one.

These are strange times. We are living in strange times. I am part of a generation who has taken its democracy for granted. We are waking up to the fact that there is work to do. I am ashamed of my naivety and blindness to the oppression that is all around me… Oppression which my privilege–my white privilege, my male privilege, my straight privilege, my Christian privilege–allowed me to live so much of my life without noticing. And all of these things have lulled me into a dangerous and lazy optimism… As if it will all work itself out without having to work for it.

Humanity is beautiful, but to act like there aren’t still people actively trying to take power and rights from people is just like sticking our heads in the sand. We can be hopeful without being naive. There is a difference between believing that the light is stronger than the darkness and acting like the darkness isn’t there. We need to do more that just BELIEVE that the light is going to win in the end… We need to FIGHT. We need to “rage against the dying of the light.” We need to love like optimists, but fight like pessimists. We need to MARCH. We need to RESIST.  We are stronger than we think we are, and we are even stronger together. I hope these movies inspire you, and activate you, and wake you up, and make you come alive. 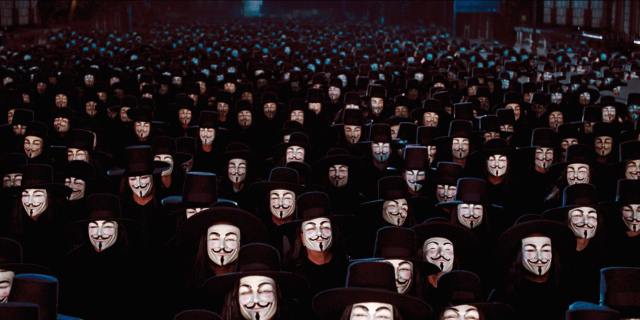 I am so amazed and grateful for the people who support this blog, and–by doing so–help support me and my family. If you are a person who values the things I write on this blog, you can BECOME A PATRON and help support it. If you would like to leave a tip on PayPal (or boost a post so more people can read it), you can DO THAT RIGHT HERE. Otherwise, you can stay in touch and follow me on Twitter or on Facebook. And if you watch one of these movies and you feel activated, maybe consider sharing this post. “But what I hope most of all is that you understand what I mean when I tell you that, even though I do not know you, and even though I may never meet you, laugh with you, cry with you, or kiss you, I love you. With all my heart, I love you.”

This entry was posted in 2) Politics, 5) Not Quite Sure and tagged 13TH, 5 Important Movies to Watch, Academy Awards, Best Picture, Inspiring movies, Killing In The Name Of, Movies to watch in Trump's America, Netflix streaming movies, Rage Against The Machine, Resist, Spotlight, To Kill A Mockingbird, V For Vendetta. Bookmark the permalink.