How To Tell If Black Lives Actually Matter To You

Last week in Nashville, a man named Jocques Scott Clemmons was shot and killed by a police officer after being pulled over for running a stop sign. When he was approached by the officer, he fled. As he ran away, he was shot twice in the back by officer Joshua Lippert–a man with a disturbing history of being suspended for excessive use of force. Jocques Scott Clemmons died in surgery, and his death left his two small boys without a father… 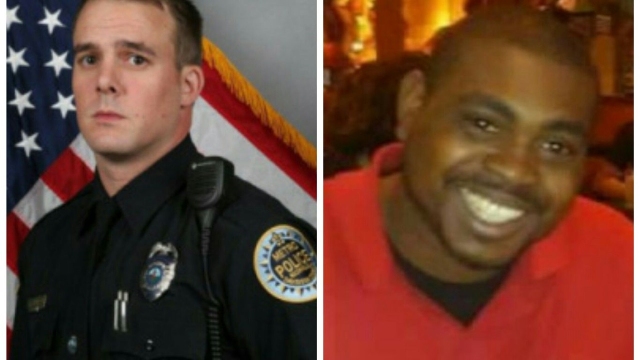 Now, before I go on, I’d like to say that–like many of you–I am friends with police officers. I know them to be good and honorable people. They are public servants who are doing what they do in an attempt to HELP people… And that fact makes any criticism of law enforcement very difficult for me. So–like many of you–when I hear about yet another black man being shot and killed as he was running AWAY, I want to believe that there was some sort of REASON this happened. My ASSUMPTION is that there was a reason he was killed… I feel I should admit that. Despite the many stories and examples to the contrary over the past few years–I am still part of a group of people who assumes that most police officers are acting appropriately. I grew up in a world where the cops were always the good guys. So when I hear that Jocques Scott Clemmons was a convicted felon (convicted of drug charges), and that he was carrying a gun, I have to admit–something in me is almost relieved. It comes as a relief to me (As if carrying a gun while being on probation is a good enough REASON to get killed as you’re running AWAY from someone who’s going to send you back to prison).

There’s this thing that happens inside me when I hear of an injustice like this. It keeps happening, and it grosses me right out about myself. But I want to be honest about it, because I don’t think I’m the only person who experiences this. When Trayvon Martin was killed… there was this deep sense of “SOMETHING MUST BE DONE!” But if I’m being honest, I kept waiting–kept expecting that some detail would come out that would justify this. We want so badly to believe that we live in a just society… We look for things to justify the taking of these lives. We LONG for those things. And so, as soon as there is news of another life taken, there are forces at work who try to give us those things. For example, with Trayvon, we had…

There is an uncomfortableness that comes when we encounter injustice. And we don’t like that feeling, so we look for an explanation. We look for a justification. And when we find it, we let out a small, non-verbal, comforting, “Ah, there it is…” It can be frighteningly easy to go from “SOMETHING MUST BE DONE!” to “Ah, there it is…” And so people hear about a kid being shot while carrying nothing but Skittles and an iced tea, and their soul cries out, “SOMETHING MUST BE DONE!” But the uncomfortableness of that moment is quickly assuaged by stories of being suspended for marijuana use, or a picture of him sticking his middle finger up… And through the miracle of white supremacy, people let out a soft, “Ah, there it is…” It alleviates that uncomfortableness.

And those justifications–no matter how insignificant and unrelated–are RUSHED out to us. Think about it: Facts about cases like this come out slowly… Facts like “How many shots were fired,” and “The name of the officer who pulled the trigger,” and “Releasing any video evidence of the shooting.” But please consider this: There is one piece of information that NEVER takes long at all to come out–Please consider the BLINDING SPEED at which we are informed of any criminal record the person who was just killed may have had. The very first things released to the public are always designed to JUSTIFY the killing. Here is what Metro Police immediately tweets out…

He is not described as a man who was shot in the back as he was running away… He is simply “Gunman.” And so the information that is immediately available about Jocques Scott Clemmons is never “Beloved member of the community, and father of two.” The information we given are these things: “Convicted felon, and carrying a gun.” Not only that, but they released information that turned out to be false. Initial reports said that Clemmons “abruptly” charged at the officer and made “full contact” with his body… A claim that was proven false by the release of a NEW VIDEO of the interaction.

And yes–It appears Jocques Scott Clemmons had a gun on him (though it would not be unprecedented for a gun to be planted). And yes–It is illegal for a convicted felon to possess a firearm. But even if he hadn’t been previously convicted on drug charges, it would STILL have been illegal for him to have a gun. Did you know this? It turns out that it is illegal to carry a gun in federally subsidized housing projects. I didn’t know this fact until just last week. A lot of people are unaware of this… Which is surprising with all of the protests the NRA has made to this clear violation of the 2nd Amendment, right? What’s that? The NRA doesn’t really concern itself with the 2nd Amendment rights of People of Color? Weird… Here’s something true: In this country, if you are a white person, carrying a gun is your GOD-GIVEN RIGHT! If you are a black person, possession of a gun is all the justification that is needed for someone to shoot to kill. 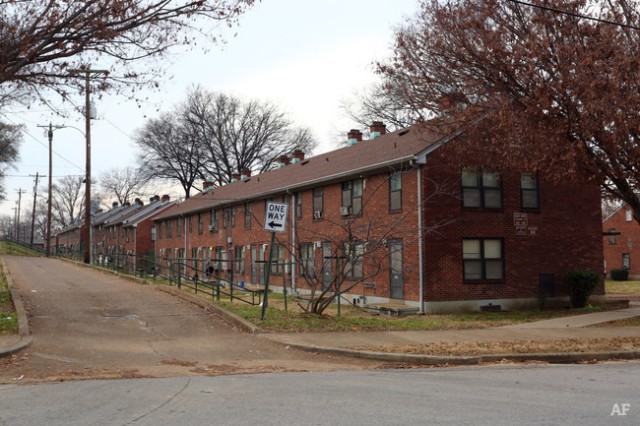 The James A. Cayce Housing Projects…

I worked in this area of Nashville for years. I saw the kids who lived in those projects every week at their failing school. I knew fourth graders reading at a kindergarten level. When I talked with teachers about the daunting task of educating those kids, I was told that roughly one in three had a parent in prison. I tried to talk about “goals” with kids who–at ten years old–already had an understanding that their future involved them “ending up in prison or dead” (and as it was nearly 10 years ago that I was there, I can safely assume that many of those teenagers and twenty-somethings are probably now in one of those two places).  I watched as real estate and home prices around those projects SKYROCKETED in value… As white people moved into those homes. I watch as people in positions of power–instead of resolving to FIX those schools that are failing these kids–attempt to make cases for taking funding from those schools in order to pay for vouchers for private schools that most of those families could never afford. I watch as this killing comes mere months after a report (called “Driving While Black”) is released (and largely ignored), even though it showed statistical evidence of racial profiling within Nashville law enforcement.

When Gideon’s Army (the people who put out the “Driving While Black” report) went back and checked officer Lippert’s 2016 statistics, they found a couple disturbing facts:

Here is what those two facts look like in graph form. Again, you should READ THIS…

Listen. There are a lot of horribly racist people out there. When a GoFundMe page was set up to help cover the Clemmons family’s funeral costs, FIVE of the fifteen comments on the page were justifications for his death (while another attempted to inform people of a GoFundMe set up for Joshua Lippert). But we cannot think that racism is limited to the sorts of people who make comments on a family’s funeral fundraiser like “he was a thug asking for it” and “he should of listened to the police” and “Got what he deserved” and “Don’t make it sound like he was the victim.” We look for scapegoats, like Dylann Roof, to sacrifice. But the darkness of racist is not a “THEM” problem… It is an “US” problem. And the best way to solve an “US” problem is to focus on where it is a “ME” problem. “What is wrong with them?” is an easy question to ask. “What is wrong with us?” is a little bit harder. “What is wrong with me?” is where the real hard work takes place.

So I want to confess that I am disgusted with myself. I am disgusted by how little it takes to relieve that feeling of “SOMETHING MUST BE DONE!” I am grossed out by how small the fault in a person’s character can be in order to begin to justify the unjustifiable. I am deeply disappointed by how much injustice I am willing to endure in the world and in my own community. I am saddened by my inclination to assume that there must have been a “good” reason why yet another black person was killed. And I am ashamed that there have been many times in my life where Black Lives DON’T Matter to me… At least they don’t seem to matter enough to possibly risk offending the friends I have in law enforcement. Do black lives matter to me? Well… Am I showing up? How easy is it for me to justify yet another life ended by a police bullet? Am I looking for an “Ah, there it is…” to ease the uncomfortable feeling inside me? How easy is it for me to ignore the voice inside me insisting that “SOMETHING MUST BE DONE!”

Over 10,000 people showed up to protest for the Women’s March in Nashville… And that’s a good thing. When a white officer right here in Nashville killed a black man by shooting him in the back as he ran away, only a couple hundred folks showed up to protest… We should probably ask ourselves why that is. Here is something true: White people need to show up in support of black lives. If the only voices saying “BLACK LIVES MATTER” are the voices of People of Color, then there are not enough voices saying those words. If you missed your chance to respond to the “SOMETHING MUST BE DONE!” welling up inside of you, the good news is you will have another chance tonight. There will be a Justice4Jocques event tonight at Legislative Plaza at the Capital. And if you can’t make it tonight, you will have another chance tomorrow to stand up. And the next day. And the next… A chance to RESPOND to (instead of silencing) that voice inside of you that cries out “THIS IS NOT OKAY!” We cannot allow small things to transform our OUTRAGE AT INJUSTICE into justifying inaction.

This blog means a lot to me. If it means a lot to you, and you’d like to help support it, you can BECOME A PATRON and give a little every month, or you can also GIVE ON PAYPAL (which allows you to “boost” a specific post if you want more people to see it on Facebook. Also, please share the stuff you care about. And if you want more Boeskool in your life, you can follow me on Facebook and on Twitter. Love you guys.