The 10 Best Things About Having A Wife

Twelve years is a long time. I’m no marriage rookie–I KNOW THINGS! More things than I knew twelve years ago–That’s for sure. I’ve been married for almost a third of my life, so I’m sharing with you some of the things I’ve learned. And yes, I realize that some of the things on this list I’ve compiled could be true for a girlfriend, or ANY woman for that matter.  But there is just something different about a woman who loves you enough to say forever, and back it up–It changes things. There are all kinds of good things about having a wife….I don’t have time to list them all, but here are some of my favorites: 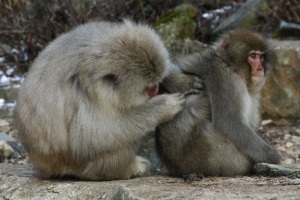 I make this same face when I get scratchy.

FINGERNAILS–There are some problems that can only be solved by my wife scratching my back while we lay in bed. In our house, we call it “scratchy.” As in, “Can you give me some scratchy?” My nails are nearly nonexistent, so I am usually asked for some “rubby,” but sometimes scratchy fixes things that rubby can’t fix (Upon further consultation with my wife, I have been informed that I am the only one who calls it “rubby.” She just says, “Will you rub my back?” Now that I think about it, that sounds right….). I think the peace that it brings is some sort of evolutionary echo of having another ape sit behind you and pick the ticks off your hairy back. Either way, scratchy soothes the savage beast.

REMEMBERING PEOPLE’S NAMES–I am terrible with names. For some reason, I don’t remember people’s names, but instead I somehow visualize how many letters they have in their name and guess names with the same amount of letters. I can’t tell you how many times I have seen someone (whose name I knew I was supposed to know) and snuck away into a bathroom to call my wife so she can tell me what the person’s name is. But it’s not just when I’m on my own that she helps me. When she’s at her best she will sense that I have once again forgotten a person’s name (to whom I should be introducing her) and she will instinctively offer her name in a way that forces them to say theirs. Life saver. 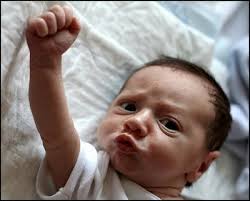 BOOBS–Boobs are great. I mean, seriously…. What’s not to like? Not only are they fun and they look great, but if you have kids, you find out later that they come with the duel capabilities of keeping your kids alive while ALSO getting them to stop crying for a minute. Plus, do you have any idea how expensive formula is?!? It’s just a little bit more expensive than cocaine, so that means breast milk is liquid gold–I wrote a bit about it HERE. Anyway, boobs are magic. I’m a big fan.

KIDS–I know, I know…. You don’t need a wife to have a baby, but it sure makes thing a whole lot easier. I have three kids, and I cannot even imagine the shenanigans that would go down in this house if it wasn’t for my wife. We remind each other to breathe when those little people start losing their minds. Kids make everything in your life MORE–More fun, more frustrating, more full. And that “more” the kids bring magnifies all those things with your wife as well. Whether wives end up being moms or not, women just MAKE THE WORLD BETTER.

HARMONIZING TO MUSIC–I realize that this one doesn’t apply to everyone, but if you are lucky enough to find someone who can sing harmony, everything gets slightly better. Cleaning the kitchen with music on? Better. Singing in Church? Better. Road trips? Better. I really lucked out on this one, which is good…. We spend a lot of time in that minivan, and if she was tone-deaf I’d probably have to have the music up so loud that it would hurt the kids’ ears. 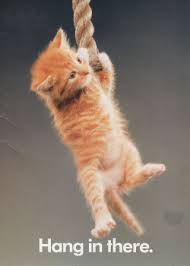 HANDLING THE TIMES WHEN LIFE SUCKS–There are times in every life when you just want to say “Screw it.” Times when you just want to move the TV into the bedroom, eat ice cream for lunch at three in the afternoon, and give up. Times you are sad enough that your beard becomes a mess of snot and tears and despair. I don’t know if we were meant to handle those sorts of times by ourselves–without the touch of a loved one’s hand–but I am so glad to have had someone there to tell me it’s going to be alright. Someone to tell me it’s alright that I’m laying down for two days. Someone to tell me it’s time to get up, and remind me why it’s worth it. And the cool thing is that you get to remind her why it’s worth it when she forgets too. We all forget every now and then….

YOU LIVE LONGER–Sure, it ups your chances for obesity, but all in all, it’s mostly good health effects. Having a wife helps you to have lower stress levels, and always having someone to be emotionally engaged with helps decrease your chance of dementia. You’re even less likely to die from cancer–Probably because your wife pestered you into going to the doctor to get that weird looking mole looked at. You know, the one that she always points out while she’s giving you scratchy….

SOMEONE TO TELL YOUR SECRETS–Just today, I told my wife something I have never told anyone else that is so embarrassing that she made a face like she just smelled a dirty diaper. Then she looks at me, while still making that same face, and says, “Yeah…. I wouldn’t ever tell anyone else that.” And then she still has to love you! It’s in the Bible.

She might give me advice like “Please don’t wear that baby shirt to Church again.” You can buy this at Aliexpress.com, by the way.

FREE FASHION ADVICE–Whether you want it or not. Well…. You know what? I wouldn’t put this down as one of the “best” things. It’s kind of a give and take. And no one ever said you HAVE to take the advice. I can tell you this, though. I hate shopping, and since the wife has been around, I can’t tell you the last time I went shopping for clothes for myself. I just wear what’s in the closet until she convinces me to throw it away, and then she usually brings me something else to wear. So that’s something…. This must also contribute to the low stress health benefits.

FIGURING OUT WHO YOU ARE–I’m convinced this is the best part of having a wife. Being able to see yourself through her eyes is a path to enlightenment. Marriage is like a giant spotlight on all of your insecurities and your garbage. In the beginning, marriage is mostly just a carefree blur of sex and eating out and sex, but before long you realize that this person has some issues. But what is really cool is that during this sometimes volatile period where you try to inform your wife of the things she needs to work on, if you’re lucky (or even a little bit wise) you’ll see that most of the issues that bug you the most are your own. And then comes the real growth: Figuring out what a mess you are, finding peace with some things, and working to change the others.

So yeah. If you’re thinking about getting yourself a wife, I highly recommend it–It’s the coolest thing I’ve ever done. Sorry, mine’s taken.

This entry was posted in 3) Bathroom Humor, 5) Not Quite Sure and tagged 10 Best Things About Having A Wife, Advice, Figuring Out Who You Are, Love, Marriage. Bookmark the permalink.

9 Responses to The 10 Best Things About Having A Wife