Listen–I love Jesus. I have written about nonviolence on this blog multiple times, and I feel very strongly that loving your enemies is one of the non-negotiable parts of what it means to be a Christian… But at the same time, “The Force Awakens” comes out this week, and I’ve loved Star wars for longer than I’ve loved Jesus. All of the great Christmas presents of my childhood involved Star Wars in one way or another. I was just out of college when the Phantom Menace came out, and–like most people–if left me feeling… underwhelmed. 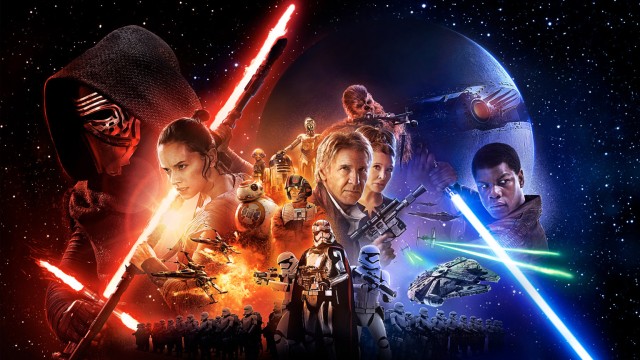 Nothing has ever made me feel less like an adult than the giddiness I feel in anticipation of this movie.

I saw “Return of the Jedi” when I was 8 years old, and I have been waiting over 30 years to find out what happens next. I’m aware that I have three kids, and it’s probably beneath me to be geeking out like this over this movie, but… Here we are. I’m also aware that there are hundreds of thousands of people who already have your tickets to see the new movie, but like a lot of people, I probably won’t be able to see it right away. There are lots of us who find ourselves in this situation. I want you to know that if you ruin any part of the plot for us–if you give away any plot twist, any spoiler, no matter how insignificant–we will find you. And we will kill you. It will be mob justice. And it will be swift.

Here are six different ways we will murder you if you spoil any part of the plot of Episode 7: The Force Awakens…

This is what your stupid face is going to look like. KEEP. YOUR MOUTH. SHUT!!!

No matter which of these punishments you receive, your death will not be quick, like Obi Wan Kenobi being struck down by Darth Vader… And you will certainly not become more powerful that you could possible imagine. It will be slow and agonizing… Like being taken to the Dune Sea and being cast into the Pit of Carkoon, the nesting place of the all-powerful Sarlacc. In his belly, you will find a new definition of pain and suffering, as you are slowly digested over 1000 years. But I guess you should have considered that before you gave something away about the identity of Kylo Ren. You ass.

There are a small group of people who help support me and this blog by becoming Patrons. One of these people is named Gil Gonzalez. I have never met him, but he has been so encouraging to me over the past couple years. It is people like him who help give me the courage to believe that I can write for a living. If you like what I’m doing here, and you want to be a patron and throw a couple bucks a month my way, you can do that RIGHT HERE. Otherwise, feel free to follow me on Twitter, or you can like my Facebook page. May the force be with you.