If This Is Christianity, Count Me Out

I don’t want to be a Christian anymore. Not if people like Jerry Falwell, Jr. get to call themselves “Christian.” Not if Donald Trump gets to stand up in front of Liberty University– reading from “Two Corinthians” and feigning devotion–and call himself a Christian without the entire Church–in unison–calling “Bull. Shit.”

Here we see Mr. Trump, right after he was asked the question, “Donald, is there anyone in this room who is as big a phony as you are?”

So you may have heard that Jerry Falwell, Jr. just endorsed Donald Trump for president. And if you’ve ever read anything I’ve written, you probably already know that stories like this are like catnip to me. This endorsement is right on the crosshairs of religion and politics… right at that intersection of interesting and infuriating. It’s my sweet spot. Now, some of you are hopefully thinking to yourself, “Who the crap is Jerry Falwell, Jr.?” Don’t feel bad… You are one of the lucky ones. But others may know him as the son of the anti-gay televangelist and co-founder of the “Moral Majority,” Jerry Falwell… or you know him as the President of Liberty University, the largest Christian university in the world… or you know him as the guy who (while claiming to be a Christian) encouraged the students of Liberty University to buy guns and get their Concealed Carry Permit so that “we could end those Muslims before they, before they walk in and kill us” (An aberration which I wrote about in a post with the catchy title, “Jerry Falwell, Jr, and the Christian Jihad”). But If THIS is what passes for “Christianity,” then that term means absolutely nothing anymore. And we might as well throw the word away…

Someday, we might look at signs that say “Christian Church” in the same way we look at this…

In his book Mere Christianity, C.S. Lewis talks about how the word “Gentleman” used to mean something recognizable–It meant that you had a coat of arms and owned property–But somewhere along the line, it deteriorated into something as meaningless as an opinion… “I think he’s a nice guy… He’s a gentleman.” Incidentally, now here we are–70 years after Mere Christianity was written–and you can’t take a long car ride without driving by places called “Gentlemen’s Clubs.” Lewis’ fear–and his reason for giving the radio talks that led to the book–was that the word “Christian” would take the same path… and devolve into a word that means nothing. And this is where we have landed… With one charlatan (who encourages kids to take up arms against Muslims) endorsing another charlatan (who flaunts his bigotry like a medal from a war his family’s privilege prevented him from having to fight in) for the office of the presidency… All under the guise of “Christianity.”

And now people are talking about Falwell’s endorsement being one of the keys to Trump (who Falwell called a “breath of fresh air”) winning the coveted “Evangelical” vote… There’s another word that has disintegrating into nothingness: “Evangelical.” Did you know that word actually means “Good News?” Now, it has been relegated to a largely unthinking group of voters who–if you want to be president–are essential to dupe into believing you are a “Christian.” Here is a video of Rob Bell speaking about the word “Evangelical.” And regardless of your preconceptions about Rob Bell, PLEASE take the time to watch it. It’s five minutes, and it’s so important to this conversation…

“And so they took this Roman military propaganda of ‘Caesar is Lord’ and they said among themselves, ‘JESUS is Lord.’ And they took this idea of ‘good news’ and said, ‘Wait, it’s not good news when you destroy your enemy… It’s good news when you LOVE your enemy. And when you side with the widow, the poor, the immigrant, and the stranger among you.’ Their movement [Christianity] insisted that a whole new world was being made… NOT through condemning, and distancing, and ostracizing, and crushing your enemy. But through LOVING your enemy, and standing in solidarity with everybody who’s ever been kicked to the edge by the empire.” ~ Rob Bell 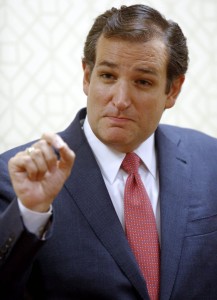 “Senator Cruz! How much difference is there between you and Mr. Trump?”

So… Last night I spent some time with some folks who are currently being “kicked to the edge by the empire.” I spent the better part of the evening at a Mosque here in Nashville. Speaking at the Mosque was a fairly important Rabbi. At the table behind him were a few local leaders from Christianity, Judaism, and Islam… And as they spoke about the necessity for interfaith dialogue, each of them also mentioned how important is is to speak out against the kind of xenophobic rhetoric coming from people like Donald Trump (and please don’t let it seem like I think he’s the only one peddling this garbage… Ted Cruz–as well as others–is every bit as virulent and blasphemous as Trump).

At one point in the evening, the Rabbi asked us to talk with a person we didn’t know about why we came there… I spoke with a woman whose skin was brown and whose hair was short and grey. She said, “This stuff is nothing new to me. I’m 82 years old! Eighty-two and a half years I’ve been living in this town… I was one of the people who refused to drink out of the ‘Colored’ drinking fountains, because I was sure that the white folks had peed in it. I have a sign in my living room that says ‘Colored Waiting Area.’ What’s happening to these Muslim folks is just like the stuff that was happening to us… We have to help each other out.” Despite all she had seen and lived through, she seemed SO hopeful. She said, “It’s getting better… I really feel like the gravy is coming.” And after we talked for a little while longer, she reached into her purse, and she handed me a tissue to wipe away the tears in my eyes.

After the dialogue was over, the Imam from the Mosque made sure we all knew how happy they were to have us guests. That we were welcome. That all of the refreshments and food were free of charge. And even though we had differing beliefs, there were so many hugs and so much kindness and hospitality in that place… It felt like heaven. I thought about it, and I said to my friend, “I don’t care what religion you are… If your religion doesn’t have a deep sense of ‘All Are Welcome Here,’ your religion isn’t worth shit.” And that goes for Christianity just like it goes for any group–A political party, a state, or even a nation.

You know, one of the craziest things about this whole situation is that most of America doesn’t even WANT a Christian president… At least not one who acts like Jesus. Imagine the scandal if an American president used his Executive Orders to end the death penalty… Or if she declared some sort of “Year of Jubilee” and forgave everyone’s debts… Or if he said that no more federal money would be spent on weapons of war… Or if she stopped the practice of lending money at interest based on the Bible’s cover-to-cover prohibition of usury. Acting like Jesus is about as UnAmerican as things get. Any presidential attempts to deal with issues of social justice would be shouted down (most likely by “Evangelicals”) as “Socialism,” and people would be talking about impeachment. Ironically, the presidential contender who comes closest to Jesus’ social justice ethic is the one candidate who does not claim to be a Christian (Though I guess it’s not TOO ironic… They’re both Jews, and both didn’t have a very high opinion of money-changers taking advantage of people. #FeelTheBern).

So if Christianity becomes the religion of “Only people who think like we do are welcome,” then I want no part of it. If “Evangelicalism” can’t tell the difference between a charlatan and a follower of Jesus, then that word has become nothing more than a way of identifying ignorance. Either the word “Christian” reflects the radical hospitality of Jesus, or the word loses its meaning. And if a political party hitches its wagon to a counterfeit perversion of Christianity, that political party will lose its significance as well… Which would be a shame, because we NEED voices in our national conversation that are grounded in tradition and ask questions like, “How are we going to pay for this?” Though this is not a matter of republican vs. democrat… It’s an issue of our basic humanity. It is an issue of humanity vs. insanity. 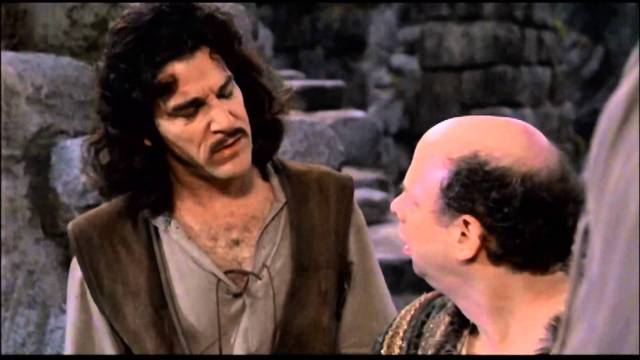 “You keep using that word…”

I believe that the Church–at its best–is a reminder to the world of the times when humanity has strayed too far from the image of God that courses through our veins. And this is one of those times. If people want to vote for a person who celebrates bigotry and division, they have that right. But don’t put that garbage on Christianity. And if a supposed “leader” within the Evangelical Church endorses someone who embodies everything that is antithetical to Jesus-followers, the Church should be the first ones to stand up and say, “Bullshit. I call bullshit.” Or if you’re not comfortable with saying those words, you could just stand up–stand with me–STAND TOGETHER, and say, “That’s not Jesus. Evangelical means ‘Good News,’ and that’s not good news… That’s gross.” Otherwise, the term “Christian” will go the way of the term “Gentleman’s Club.”

“So I say we take the word back. Evangelical means ‘Good News.’ And it’s good news for everybody who doesn’t fit in. It’s good news for everybody who’s hungry and needs food. Everybody who’s thirsty. Everybody who just needs a home. It’s everybody who needs a helping hand to get them up out of the dust, and to brush off that dirt so they can have some worth and dignity. How did the word evangelical get hijacked like this? I think we should take it back. We should take back this word as the joyous, buoyant, announcement of good news that death and oppression and violence don’t have the last word. IF IT ISN’T GOOD NEWS FOR EVERYBODY, IT ISN’T GOOD NEWS FOR ANYBODY.”~Rob Bell

Shout out to Jon Middleton. He believes in what I’m doing on this blog, and he helps support it by BEING A PATRON… Even though he’d still get it for free even if he didn’t. He is a class act, and someday soon, I hope to drink whisky with him. If you like my stuff, please share it. If you REALLY like my stuff, help support it. Thanks!

40 Responses to If This Is Christianity, Count Me Out