Mitt Romney, proudly showing how many hours it has been, and he has yet to contact his physician.

Man, that Mitt Romney is a good-looking dude, right? He looks like he just walked off the set of an erectile disfunction commercial. He just looks presidential. And he really knows his stuff! He has executive experience, as he was a really popular and effective republican governor of a democrat-leaning state. He is a successful entrepreneur with a JD and an MBA from Harvard Law and Harvard Business Schools. In each one of the republican debates, Romney has come out on top (or at least near the top) and hasn’t made any big flubs. He leads the in the polls…. It’s like he is some sort of machine, sent from the future, whose sole objective is to be the best possible republican candidate. And yet, for some reason, the republican establishment keeps looking for someone else to be their party’s nomination (first Bachmann, then Perry, then “Oh please, God!!” Chris Christie, and now Herman Cain….). I wonder why that is…. No I don’t.

For better or worse (usually worse), religion has always been connected to politics in American. In 1973, Roe v. Wade only intensified this reality. The issue of abortion has been used for many years as a litmus test of a candidate’s Christianity (regardless of a candidate’s respect for life in any other area), and without the support of the giant number of Christians out there who believe that it is their duty to vote Christians (read “republicans”–some get these terms confused) into office, the political landscape in this country would be drastically different.

He doesn't look as much like an ED spokesperson, but here he explains another troubling side-effect.

Four years ago, the candidates’ religion once again played a prominent role in our national elections as Barack Obama’s professed Christianity was attacked. His home church (A Christian Church) and it’s pastor Jeremiah Wright were attacked as being non-Christian because of some seemingly anti-American things he said from the pulpit–As if being critical of America is proof of apostasy. By the way, Wright’s sermon where he said the words “…not God Bless America. God damn America” had many things in common with Martin Luther King, Jr.’s speech that he gave to striking garbage workers in Memphis just before he was killed where he said America is going to hell. Here’s a quote (just in case you don’t click on the link): “If America does not use her vast resources of wealth to end poverty, to make it possible for all of God’s children to have the basic necessities of life, she too will go to Hell.”–MLK

There was also a direct attack on Obama’s faith in Jesus Christ. People believed (and still believe) that he is secretly a Muslim, and that professions like the one he made HERE were simply lies that he told in order to get elected. No American president has ever identified himself as an adherent of a specifically “non-Christian” religion–No Atheists, Jews, Buddhists, Muslims, Hindus, Sikhs… And almost all of them were Protestant. Barack Obama, as evidenced by his name, his skin, and his father’s faith, was branded by many (almost all of whom had an opposing political ideology) as a secret Muslim. And do we really want a non-Christian in the White House (or a non-white in the Christian house, for that matter)??? 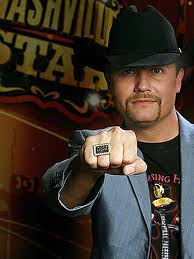 The LAST thing we need to be doing is giving THIS guy more money.

Now, I get it. I understand wanting to vote for people who are like you. Some even have the misguided notion that the way that the Kingdom of God is going to show up on Earth is by getting as many Christians into places of power (especially in business) as possible. I considered myself pretty enlightened about the whole separation of Church and State issue during the last election, but even I admitted that it would have been hard for me to vote for Obama if he were a Muslim. I’m not sure why. I haven’t figured it all out, but now I seriously don’t care. I had hoped to see some more drastic changes from the policies of the past, but the president can only do so much. I’d rather have an atheist running the country who cared about the poor and oppressed (here and all over the world) than have a Christian trying to establish an economic policy that puts an even larger share of the resources in the hands of the rich.

Which brings me to the reason for writing this post: Mormons are not Christians. I’m sorry– I’m not making any judgments about Heaven or Hell or anything like that, I’m just saying that empirically, the Mormon religion is way closer to Islam than it is to Christianity. Consider this: They both have a founding prophet who received visits from an angel that led to revelation of a book of scripture (The Qur’an and The Book of Mormon); they both have special reverence for, though not worship of, their founding prophet (Mohammed and Joseph Smith); they both reject the Christian doctrines of Original Sin and the Trinity; and they both believe that if you do not belong to their religion, you are going to Hell (of course, that’s true of just about everybody). One main difference is that Muslims believe that Jesus was a prophet (just not the main prophet), and Mormons believe that Jesus was one of many gods. Oh, and that Satan was Jesus’ brother.

I love Muslims and I love Mormons. This is not anti-Mormonism–Mormons, by and large, are amazing, moral, kind people who do a lot of good in the world. I am way more offended by Mitt Romney’s economic policies than I am by his religion. And here’s the thing: He’s going to be the republican nominee for president. I am writing this to remind those of you who could never have voted for Barack Obama because you believed (wrongly) that he is a Muslim that Mitt Romney makes no secret of his Mormon faith. Also, to those of you who believe (wrongly) that Christians are called to put as many Christians as possible in places of power (you know who you are), I wanted to remind you of your convictions.

It seems pretty simple to me. I mean, Bill Maher gets it, and he’s and Atheist!

This entry was posted in 4) All Of The Above and tagged 1) Jesus, Christianity, Glenn Beck, Hypocrisy, Jeremiah Wright, Martin Luther King Jr, Mitt Romney, Mormons, Muslims, Obama. Bookmark the permalink.