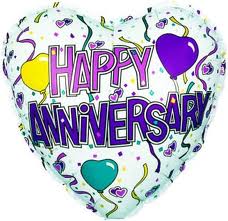 I’m not usually big on presents for anniversaries, but I feel like I’ve earned this balloon.

It has been exactly one year since I have started this blog. Today is my one year bloggiversary! When I started this, I honestly didn’t think I would keep doing it. Ever since I was a kid, the surest way to turn something fun into something that felt like work was to make me feel like I had to do it. I expected that writing this blog would very quickly turn into something that I HAD to do instead of something that I WANTED to do…. But here we are, one year and 50 or so blog posts later, and this has turned from something that I want to do into something that I NEED to do. I have written about a whole lot of stuff–From Vasectomies to Military Suicides, from Challenging the traditional view of Hell to Pooping in the Woods, from How to Not be a Jackass in a restaurant to How to not be Annoying on Facebook, from Mitt Romney to Ron Paul to Obama to Martin Luther King Jr. to Daniel Larusso, From Gay Marriage to Chick-Fil-A…. I have offended some people and inspired some people, and in the process I have become the object of many “You know what you should blog about?” emails. Good or bad, this blog has become something that I am very proud of. 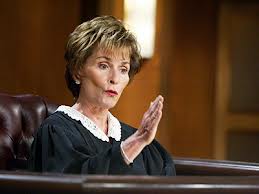 This lady is way more judgy than I am…. wait, did that sound judgy?

So my most recent post was one of the ones that offended people–Although this one was different. It offended a lot of the people who usually enjoy my particular brand of offensiveness. In my last post, I wrote about Mormons and I linked to a website that was written by a man who grew up in the Mormon church but left after finding evidence that the Mormon “church has misled its members as to the character of its founding leaders, the veracity of its doctrines, and the divinity of its origin.” He researched examples of the church’s misleadings, and he posted them on a website called 20truths.info. It was the first time that I wrote a post in order to get someone to read someone else’s post (which is admittedly very long), so if you didn’t go to that site, the things I wrote might have seemed more judgy than normal…. 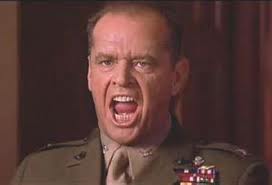 YOU CAN’T HANDLE THE TRUTH!!!

I believe there is such thing as truth–That the truth is not subjective. And I don’t believe that all religions are the same. I believe that Jesus is the hope for the world. And yes, I realize that when people hear someone utter a sentence like that, there is all kinds of baggage that they put on it–baggage that takes all kinds of conversation and even relationship in order to sort out. And I guess that’s partly what my blog is about…. 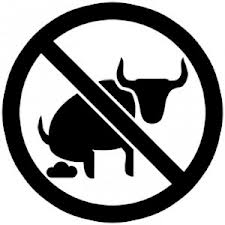 The opposite of the truth….

So in this last post, I am not being critical of Mormons–There are all kinds of things that Christians can learn from Mormons. But when people say that Mormons and Christians are basically the same, I say bullshit. They are not. There are significant differences. And when conservative Christians say that Christians are supposed to vote for Christians, and then they suddenly support a Mormon candidate, I call bullshit. I believe that where Mormons line up with Jesus they are getting it right, and I believe that they line up with Joseph Smith they are lining up with a deceptive, philandering, manipulative, imaginative man who may have talked himself into believing his own lies. The more I learn about Joseph Smith, the more convinced of this I become…. And I have never seen anything more convincing than the information contained on http://www.20truths.info. 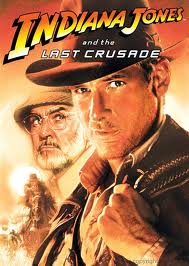 I blame this on the Church….

I do not love Jesus more than I love the truth. I don’t love anything more than I love the truth. I believe that Jesus IS the truth. Let’s say you love your dad and think that he can do no wrong, but if someone shows you overwhelming EVIDENCE that your dad has been stealing and lying and cheating on your mom, it would be appropriate for your view of your dad to change. What you don’t do is you don’t hide the evidence. If someone showed me the sort of evidence laid out against Joseph Smith only it was against Jesus, I would be like, “Okay, I guess I was wrong. Jesus is not the Way, the Truth, and the Life. My bad.” Where the Church has dipped its toes into bullshit, or even wholeheartedly embraced bullshit (the Crusades, the Native American Holocaust, Slavery, the Jewish Holocaust, child abuse by priests, oppression of gays and lesbians…. let’s just say most of the world’s tragedies), it is our responsibility to strongly and lovingly point this out and take responsibility for it–not cover it up. This has not usually been the case, and what I wrote about with my last post is the systemic covering up of bullshit by the mormon church.

Now, if this makes you want to call me intolerant, than so be it. I am intolerant of bullshit. I view Mormons as my brothers and sisters just as I view Muslims as my brothers and sisters.  Just like I view Christians who have been deceived into believing that being a Christian is about hating gays, killing their enemies, and gaining power and money as being my brothers and sisters. Just like I view atheists who believe that there is no higher power than mankind as being my brothers and sisters. I believe, just like Mulder and Scully, that the truth is out there. And I believe that we can find it together without hating each other, but also without watering down the truth to something as worthless as opinion–All in the name of tolerance. If acceptance means letting go of the concept of truth, then acceptance is bullshit too…. Still, at the same time, we have to remember that we don’t have all the answers. It’s complicated, but Love is what is real, not acceptance. Even though it is easy to get bogged down by cynicism, I remain hopeful that we can walk together with people who believe differently than us while letting go of judgment, calling out hypocrisy, and loving each other despite our differences–All while having faith that there is such thing as truth as we walk toward it together.

10 Responses to Blogs, Birthdays and Bullshit