Posted on October 1, 2013 by theboeskool 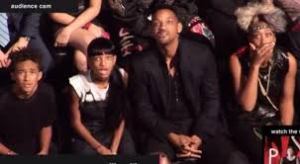 We all felt that way, Fresh Prince…. All of us.

Okay, OKAY!!! I was going to write this conclusion weeks ago, but some other very important current events came up and cut in line (Twerking—something most of white America thought was “what you call it when you use Twitter at work;” Ugly Cries—brought on by everything great about music and hope; and Calling For Followers of Jesus to Speak Out Against Violence in Syria—a post which you probably didn’t read, but you probably should). I still haven’t decided which event was more important…. Although, judging by the views the posts got, Miley Cyrus’ butt is about 5 times more important than Christians standing up for non-violence. For every share the Miley post got, there were 10+ views. For every share the Syria/non-violence post got, there were about 2 views. I was discouraged by this fact, but my wife pointed out that that meant HALF of the people who read/viewed the Syria/non-violence post went on to share it. She is a suitable helpmeet.

Then I went ahead and took about a month off from blogging. Which I can do because I don’t get paid for this. It wasn’t all laziness–There was a trip to Montana and a wedding in there somewhere. And a birthday. And the start of Fantasy Football season…. You know, the important stuff. Listen, I’ve got three kids and two jobs–I can do what I want…. But I digress. 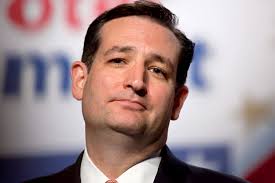 “I don’t think ever in the history of the Senate that we’ve had a 21-hour filibuster and then the person carrying out the filibuster voted for the issue they were filibustering.” ~ Senator Bob Corker on Ted Cruz’s antics

In Part 1, I tried to paint a picture of just how insanely unbalanced the distribution of wealth is in the United States, and how the price of healthcare is going up at a much steeper slant than the line showing how much most people are earning. If you haven’t read it yet, go CHECK IT OUT HERE. I’ve been so stressed out about writing this, because there is a lot of stuff to explain, and I didn’t want to do a half-assed job. It’s not easy to succinctly explain…. Now, here we are at the start of October, and by the time you read this the government will be shut down because the House republicans are holding the country hostage in an “I’m mad because I didn’t get my way” hissy-fit (Surprise, surprise! The Tea Party that hates everything about the government is trying to do whatever they can to hurt the government), and the open enrollment period for the Affordable Care Act, or ObamaCare, will have started.

In the meantime, a cool thing has happened: A whole bunch of people (who are way beter than me at explaining things) have put out really good explanations of what the ACA is actually doing. If you actually are interested in How ObamaCare is Going to Help Me (And Probably You), here are a few really clear explanations of how things work: One that is very helpful is called “ObamaCare in Plain English: What it Means for You.” There are also a couple I have some across that do a good job of answering questions people might have about the ACA. “Ten Questions About ObamaCare You Were Too Embarrassed to Ask” is an article from Slate that makes a lot of sense, and “ObamaCare Isn’t Communism, And 13 Other Questions Answered” focuses more on how much things will cost. There is also an informative cartoon that makes things a lot clearer make by the Kaiser Family Foundation that you can watch below.

Only the rich deserve to be able to breathe freely…. They’ve EARNED it.

So here’s my take on ObamaCare. It is not perfect–everyone on both sides of the political aisle agrees on that–but sometimes in a country that is deeply divided about policy, you have to let go of hopes for “perfect” and settle for “better.” I personally don’t think that taking care of our sick and injured should be a for-profit industry–One that tries to squeeze every dollar out of people who need help in order to maximize profits and make the wealthiest people in the world even MORE wealthy, but here we are. There is no political motivation to try to fix this inherent problem in our healthcare system that forces costs up and Up and UP. I have a job that provides healthcare for its employees, but if I want to cover my family (including my wife, who has asthma) I have to pay a whole lot for that coverage. Last year I paid about $12,000 on health insurance premiums alone. It was either that, or not have any of my wife’s asthma medicines covered, along with not having any emergency associated with her asthma covered as well. We could have rolled the dice that she wouldn’t have any emergencies, but the cost of her uncovered prescriptions alone was almost as much as the added cost of adding her to my plan. It just didn’t make sense.

Clever…. More than just a little bit racist, but clever.

Now, you might be thinking, “Sure, he likes ObamaCare because it’s going to save him a bunch of money.” And if you were thinking this, you’d be partly right. It is almost certainly going to save me and my family money, but it’s also going to save a WHOLE LOT of other struggling families some money as well, and I think that is a good thing. It’s set up so that the poorer you are, the less you have to pay. But it is working off the philosophy that everyone deserves to have healthcare and not lose their house if they get sick or injured, and that is not a philosophy that everyone agrees with. There are a lot of people out there that believe that poor people are poor because they DESERVE to be poor. Our country is quickly splitting into two camps: One that says “Every man for himself,” and one that says “Let’s take care of each other.” And that basic philosophical difference is what is behind the controversy surrounding ObamaCare (as well as the shutdown of the government). Some believe everyone does better under an “Every man for himself” mindset. I don’t see the evidence for this. I see the rich getting richer while the poor are having less and less opportunities to be less poor. Do we really want to be the sort of country that looks at its sick people and says, “You’re on your own?”

Anyway, please take the time to read some of the links I posted. This legislation helps way more people than it hurts, and it tries really hard to insure that the people who it hurts are the ones who can most afford to be hurt. And for those of you who are young and healthy and feeling like you don’t need health insurance, and now you’re pissed off that you have to get it–You don’t. If you choose to get it, you’ll be getting a pretty good deal, but if you choose not to buy insurance on your state’s exchanges (read the articles if you don’t know what that is), the penalty you’ll have to pay is still less than the price of the premiums, and no one is going to jail for refusing to buy coverage. Just think of it like a road tax that is collected from someone who doesn’t think she’ll ever use any roads–If she ever needs roads, they will be there…. but even if she doesn’t, she can just chalk it up to being part of the cost of being a citizen of a country that tries to take care of its people who can’t afford to build their own private highways.

Most of all, I really just hope it works. I hope it helps a whole lot of people. Regardless of your political beliefs, wouldn’t that be so cool?

This entry was posted in 2) Politics, 5) Not Quite Sure and tagged Affordable Care Act, Government Shutdown, Obamacare, Ted Cruz. Bookmark the permalink.