A Christian Perspective On The Shit Going Down In Oregon

Posted on January 7, 2016 by theboeskool

I have tried for a few days now to write about what’s been happening in Oregon… About the double standard there is when white people with guns demand justice. But really, that can pretty much be summed up with one awesome tweet:

I imagined what would happen if Black Lives Matter protesters–fed up with the injustice of government officers being able to kill unarmed black people with impunity–decided to abandon their non-violent stance, get some guns, and “occupy” a federal building. I imagined what would happen if a group of Muslims–fed up with being racially profiled, while this country’s political leaders demonize them and threaten to ban Muslims from entering the country–decided to take up arms, marched through the streets, set up in a wildlife refuge’s gift shop while saying they are “willing to kill and be killed” if anyone attempts to remove them by force. It’s not hard to imagine a scenario where both of those groups would already be dead by now.

There’s just so much hypocrisy in this story. Like the irony of anti-federalists asking people to send them socks and snacks. And how are those supplies going to GET there… Through the MAIL? On ROADS?

It’s just dripping with irony… Take for example how this whole protest is over land rights, but the land they are on right now was taken by force 137 years ago (almost to the day) by a different group of armed white men… Taken away from the Native American Paiute Tribe. Though at the time that those indigenous people were marched off the land in shackles, instead of being known as the “Malheur National Wildlife Refuge,” it was just known as the “Malheur Reservation.” You can READ ABOUT IT HERE. Don’t worry, though, it all turned out okay for the Paiutes… 50 years later, they were given 10 acres of land that used to be a garbage dump.

Enter a captionOne thing’s for sure: These guys don’t like groups with the acronym BLM… Be it “Black Lives Matter” or the “Bureau of Land Management.”

But if you’re not seeing all the glaring double standards, you’re either not looking, or you’re one of the millions of people who are–for some reason–incapable of seeing hypocrisy and injustice when it is applied to groups other than the one with which you identify. For example, when protesters (the UNARMED variety) showed up up in Ferguson to protest the killing of Michael Brown and the refusal to indict the officer who killed him, not only was the National Guard was called out, but the police showed up looking like extras for The Matrix Trilogy. In case you forgot, here are a couple of pictures that might help jog your memory… 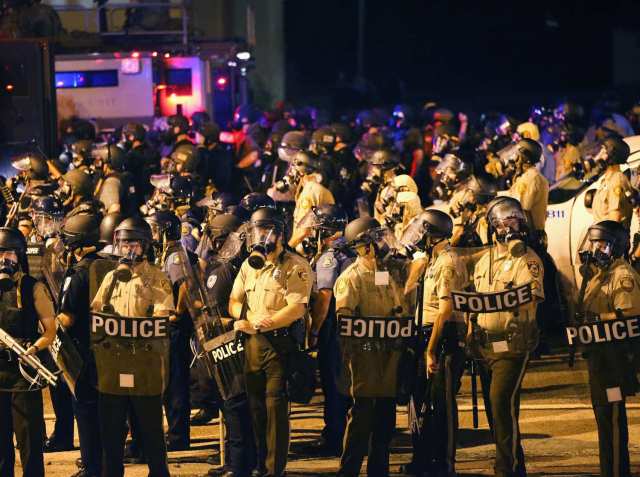 This was the turnout for UNARMED protesters who were gathering in a public space. The people who are “protesting” in Oregon right now are a group of heavily-armed, anti-federalist radicals who are talking about being prepared to kill people and making tear-filled, Al Qaeda-esqe martyr videos for their families to watch after they are dead (This particular one made by an unhinged, anti-Muslim white supremacist).

Did I miss the call for the national guard in Oregon? I recall them in Ferguson and Baltimore. #OregonUnderAttack

But again–just like with so many issues–either the double standard is so clear to you that it’s difficult to imagine how a person could NOT see it, or none of this stuff seems even remotely hypocritical or unreasonable. It doesn’t do any good for either side to sit and write about how stupid the other side is. There is more than enough “I’m right, and you’re stupid” in the world to go around without adding to it… So today I’m trying to write about the thing that’s BEHIND the thing that’s behind the thing that separates us so well. And here’s the best I can figure: It’s God.

But it’s more than that… There is a rigid and frightening Certainty to their beliefs that seems like the foundation that this counterfeit god is built on. It’s a startling lack of humility that breeds Fundamentalism. And please don’t hear me saying “conservatism” or “republicanism.” This is no more “republicanism taken to its logical end” than the Westboro Baptist Church is “Christianity taken to its logical end.” It is an Extremist ideology of fundamentalism that is deeply rooted in an “Us-Versus-Them” Tribalism and an inability to see shades of grey in what appears to be a very Black & White world. It is characterized by a suspicious Anti-Intellectualism and a mistrust of any institutions (The guys leading this standoff happen to be Mormons… Not that it matters much–A paranoid fundamentalist extremism transcends religious boundaries). Many of these people are convinced that they Hear From God in very specific fashion, and they treat the word “belief” and the word “certainty” as synonyms. In these sorts of groups, people who are unsure must not be a “true believers,” and they are pushed away from the group.  And when Belief that something is “God’s will” transforms into Certainty that something is “God’s will,” things can get very Dangerous, very fast. 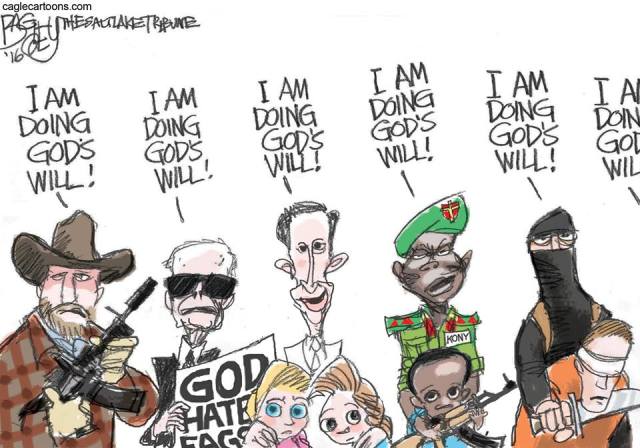 A lot of people seem to be taking an “Ignore-them-and-they’ll-go-away” stance for these people, but personally, I think it’s much more serious than that. Many of these people want another Ruby Ridge or another Waco. They WANT something to happen— Not only to validate their paranoia and prove the prophecy they are working so hard to fulfill, but to hopefully ignite a spark that will start a war. Incidentally, this was the same hope for the Oklahoma City bombing that killed 168 people and injured over 600–the biggest act of domestic terrorism our country has ever seen. Hopefully, it won’t come to people losing their lives over fundamentalism, misplaced certainty, and a belief in the god who hates… But all over the world we see evidence to the contrary. There are people in this country with stockpiles of guns and “Go-Bags” ready to start fighting. People want to believe we’re “smarter than that,” but here’s the reality: We are no more rational than the parts of the world that have managed to produced the kind of terrifying certainty of ISIS… We just speak a different language, salute a different flag, and call our god who hates by a different name. 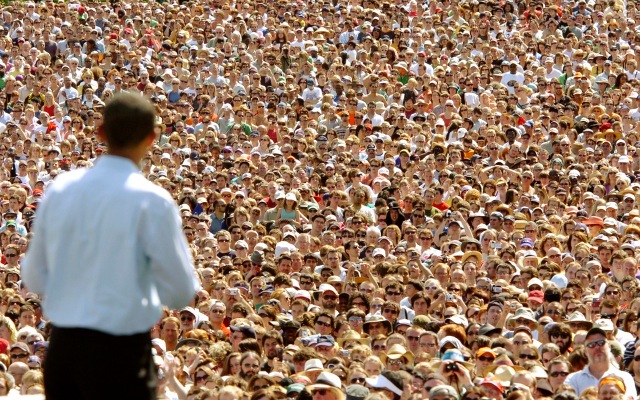 The way out of this is to rid ourselves of the lines that divide us. Many of us are witnessing the dissolving of boundaries in our own lives, and where boundaries start to fade, things get less and less certain. But there remain many people in the world right now who crave that certainty, and every dissolving boundary is met with fear and anger. People feel like they NEED their religious boundaries, their geographical boundaries, their “Us-Versus-Them,” their tribes… So if our reaction to that fear and anger is to set up yet another boundary between “us” and “them,” it only works to reinforce an ideology of separation. That separation is a sickness, and the only remedy is to proclaim a different God… The God who binds us all together. The God who inspires us to love their kids every bit as much as our own kids. The God who dissolves boundaries. The God who stirs our hearts to declare to the world that we are all on the same team–That we are all one–That either we all win, or none of us win… Until “the god who hates” seems like a distant memory… and a logical impossibility.

Once again, my Patrons are the best. Today I’d like to say a special thank you to Beverly Cook. It’s no surprise to me that most of the people pledging at the “Get a picture of me mowing the lawn with my shirt off” level are women.

I’m so joking, obviously… My torso looks like a whistling gorilla. Thanks again for all of your support!

This entry was posted in 1) Jesus, 2) Politics and tagged Oregon Standoff. Bookmark the permalink.