Before You Start Arguing About Hobby Lobby….

“The court, I fear, has ventured into a minefield.” ~ Justice Ruth Bader Ginsburg

You know what? The family who runs Hobby Lobby is probably really nice. I’ve never met them, but I’d be willing to bet that if my wife and I ate dinner at their house, at the end of the night we’d would walk out the giant front door, get our minivan from the valet, and while we were driving home we’d talk about what nice people they were (right after we’d gotten done talking about how ridiculously huge their house was). And you know what? The same is probably true for most of the people who are defending and celebrating today’s SCOTUS decision–If you ate at their house, you would probably like them…. As long as the conversation stayed away from politics, that is. 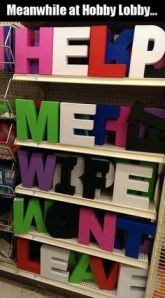 I have been to Hobby Lobby. The only thing in the store I had any interest in was the candy by the checkout lane. It is aisle after aisle of crap….

On that same note, David Green (Hobby Lobby’s founder and CEO) gives away A LOT of money–Almost half of Hobby Lobby’s profits, by some estimations. He gave $10 million to Liberty University and $70 million to Oral Roberts University. You may not think too highly of these colleges and the message they are trying to spread in the world, but here’s the thing: A lot of people DO think highly of them. And even though these people have a drastically different idea than I do of what it means to be “Christian,” I believe they are crazy about Jesus. And they are doing the best with the information they have. Not only that, but Hobby Lobby pays their full time employees at least $14/hour (with benefits), and their part time people get a minimum of $9.50. It may not be enough to live on, but it IS above average. That’s a something, I guess….

Regardless of how well-meaning the Green family is, there really is a whole lot to be critical of in this situation. Hobby Lobby claimed that they brought this lawsuit because being forced to cover birth control–specifically PlanB (the “morning after pill”) and IUD’s–forces them to go against a deep religious conviction. However, their company-sponsored 401(k) invests in many companies that make a very good profit by making IUD’s and PlanB (you can read all about those HERE). This has all the integrity and sense of throwing a Beer-Fest as a fundraiser for Alcoholics Anonymous…. Not only that, but Hobby Lobby’s insurance covered PlanB for years, but they only took it off the plan after ObamaCare mandated its coverage. Leading one (this one, at least) to believe that this lawsuit was more about politics than it was about religious conviction.

“Aw man, today’s prison activity is Arts & Crafts AGAIN?!? Are we EVER going to get to go swimming?”

In addition to this glaring piece of hypocrisy, Hobby Lobby gets most of its dirt-cheap inventory from China. They won’t sell shot glasses at their stores (because drinking is bad), but they will sell crappy trinkets made by people who are paid next-to-nothing and forced into horrific workplace conditions. And doing business with China pumps money into a country that that actively fights AGAINST religious freedom while forcing many of its women to have abortions. Again, this has all the integrity and sense of throwing a gala to raise money to fight slavery while buying all the discount party decorations from a country whose economy relies on slave labor. The way that Hobby Lobby makes their profits really is gross, and if they are going to play the whole “We’re a Christian Company” card, the Church should be the first ones calling them on their BS.

I’ve decided that because of my religious convictions about war, I won’t be paying that portion of my taxes anymore. What’s that? It doesn’t work that way? Oh….

But it’s not. Much of the Church is celebrating what it thinks is a win for “religious liberty.” Well, this isn’t a win for religious liberty. It’s a win for corporations. This is the same Supreme Court that ruled in favor of corporations giving as much money as they wanted to political candidates and SuperPACs because they called it “free speech.” Now, they are paving a legal path to allow for-profit corporations to deny healthcare coverage to it’s employees because of “religious convictions.” Maybe a company doesn’t think women should be having sex out of wedlock, and they don’t think they should have to cover the costs of a bastard pregnancy. Maybe the company owners are religiously opposed to vaccines. There are all kinds of scenarios where business owners with religions other than Christianity might be able to refuse paying for care of procedures it says go against the owner’s “religious convictions.” 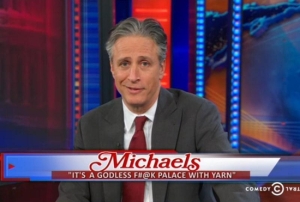 Great, now my wife is going to have to shop at Michael’s for all the crap we don’t need or have room for.

If you’re like me, you probably see all of this happening and it makes you feel powerless. And now, everyone is fighting with each other on social media again, and more and more people just get more cynical and withdrawn, and our country has yet another reason to be even more divided…. But here’s what I think: This Supreme Court decision is not a defeat. It is a reminder. It is a reminder that our votes matter. All five of the republican-appointed justices voted in favor of this decision, and all of the democratic-appointed justices voted against it. There are all kinds of good reasons to be a republican, but this group of five conservative justices are so pro-business rights that they don’t seem to care that is hurting our HUMAN rights. If a for-profit company is religiously opposed to homosexuality, can they choose to not offer benefits to same-sex partners in states that have decided their marriages just as valid?

We cannot let disappointments like this one make us cynical. This Hobby Lobby decision is not about right vs. left. The fight is not between right and left or republican and democrat…. The fight has always been between the ones who are being oppressed and the ones who have their foot on our necks. Republicans and democrats alike should be alarmed at the possible scope of a decision like this one. Tea Party groups have figured out that if they mobilize a relatively small group of people during primaries, they can manage to get some of their candidates elected–folks with extreme ideologies–BUSINESS RIGHTS OVER HUMAN RIGHTS. But WE are the ones who make the rules of how things work. We can either keep making rules that allow the business owners to amass incredible wealth (while using that wealth to pass legislation making themselves even more wealthy), or we can make rules that focus on Workers Rights–Rules that don’t just enrich a few on the backs of the many. 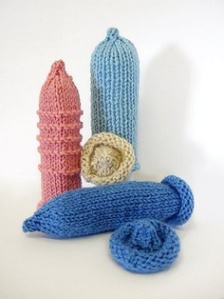 I think I’ve got a solution: Go to Hobby Lobby, buy a bunch of yarn, and crochet your own condoms. As far as I know, a man has never gotten a woman pregnant while wearing a crocheted condom…. Then there’ll be no need for birth control!

So here’s what you need to do: VOTE! Do not let this sort of awfulness convince you that nothing can be done. That is exactly the sort of thing the people with all the power WANT us to think. There is a midterm election coming up in just a few short months. If we let a bunch of crazy people get elected who are hell-bent on bringing any government process to a halt, it’s going to get harder and harder to fix this stuff. I believe that there is something spiritual and Godly about working together to end oppression in all its forms, and economic oppression is a very real thing. The government is NOT the answer to all our problems, but sometimes there are governmental systems that need to be changed in order to make justice possible. Before we can get back to working out the subtle differences between political right and left, we have to recognize and repair a system that led to the greatest economic inequality this nation has ever seen. Oh please vote…. Things are not hopeless!

182 Responses to Before You Start Arguing About Hobby Lobby….