Calls For “Civility,” and Other Bullshit

When a woman asked Sarah Huckabee Sanders to leave her restaurant, people were so upset by the lack of “civility” you’d have thought the restaurant owner had gotten up in front of the nation on a daily basis and lied to the American people in defense of an objectively immoral, narcissistic, racist wannabe despot who regularly refers to the press as “the enemy of the people.” THEN, when Representative Maxine Waters suggested more of the same — That people “tell them they’re not welcome anymore, anywhere” — people were so angry at the lack of “civility” you’d have thought she stood behind a podium and encouraged violence against protestors by offering to pay for their legal fees if they got arrested.

Area Couple Horrified About Your Lack of Civility pic.twitter.com/F6Q9C6BuBE 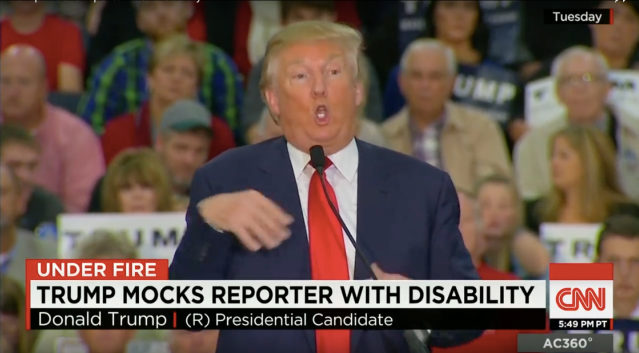 “And then a whole bunch of white people calling themselves christians went on to elect him president.” ~ A teacher, someday in the future, explaining the death of “civility” to students.

“Civility” is just political correctness for people in red hats. But — again — this post isn’t simply about pointing out republican hypocrisy… People who can’t even see that Trump is the villain in literally ANY story you could write are probably not very likely to be able to see their own hypocrisy. Anyway, it’s not just republicans who are worried about civility… Many democratic leaders are expressing concern at the lack of civility being shown by people. We wring our hands as Michelle Wolf jokes about how much of a liar Sarah Huckabee Sanders is while she sits right next to her. Many liberal voices are calling for more civility while tone-policing people who are rightly angered by the continued immoral actions of this GOP administration. But imagine someone taking your child, and then when you start screaming “GIVE ME BACK MY FUCKING KID!” people start saying, “Whoa, whoa, whoa… Calm down. There’s no need for that kind of incivility.”

I just have a difficult time imagining that any of these ppl calling for “civility” would feel the same if they had their own child taken from them and DID NOT KNOW WHERE THEY ARE.

So many of these folks have never experienced an existential threat to their safety, and it shows.

These calls for some etherial concept of “civility” are wielded as weapons against people who would stand up to ACTUAL incivility, immorality, and inhumanity. This GOP administration has a strategy of doing things that are intentionally outrageous, and then acting as if people are “uncivil” when they respond to outrageous acts with OUTRAGE. The party in power is taking steady steps toward genocide, and then when someone says “Fuck genocide, fuck Trump, and fuck you for voting for him,” people are more offended by the word “fuck” than they are by the steps toward actual genocide. “Whoa, whoa, whoa… We can disagree without being disagreeable!” Well, YOU might be able to… Not everyone can.

For example, the man in the video below might be able to stand there and calmly take being taunted and insulted by a racist old woman… Other people might have already reached their fill of being demeaned and dehumanized, and they might decide to yell. Or call her a name. Or both yell AND call her a name. A name that rhymes with “schmignorant schmacist schmunt.”

"Why do you hate us?"
"Because you're Mexicans."
"We are honest people right here!"
"Yeah.. rapists & animals." — white woman goes on ugly racist rant against a Latino man.

Do we know this woman's name? Twitter, do your thing.pic.twitter.com/98sWNrHD8J

The people calling for “civility” are the same sorts of folks who were calling for “patience” when People Of Color were demanding their civil rights. In a 1957 interview on Meet The Press, Jackie Robinson was asked if African Americans should be more “patient” in their struggle for civil rights. Here is what he said:

“When they say that the NAACP is moving too fast, you know, I heard that… when I was out in Pasadena, California trying to get into the YMCA. ‘Take your time.’ ‘Be patient.’ Patience is fine. I think if we go back and check our records, the negro has proven beyond a doubt that we have been more than patient in seeking our rights as American citizens. ‘Be patient,’ I was told as a kid. I keep hearing that today. ‘Let’s be patient. Let’s take our time. Things will come.’ It seems to me that the Civil War has been over about 93 years. And if that isn’t patience, I don’t know what is.“

It’s like when a man beats up his wife, and the pastor tells her to forgive him. Because forgiveness is good, right? WWJD? Jesus told us to LOVE our enemies, and divorcing your shitty, abusive husband isn’t very “loving.” And then imagine a woman with a black eye and an arm in a cast for the second time hearing that, and finally saying, “What a crock of shit. I am LEAVING that fucking asshole.” And then the congregation says, “We know that it’s not nice of your husband to beat you up… but it’s ALSO not very nice of you to use that sort of language!” Insisting that a person who is vulnerable, oppressed, and being abused needs to “turn the other cheek” isn’t love. It is simply more abuse. Turning the other cheek is an act of power and choice… These people have neither.

Patience… Forgiveness… Civility… These are all good things. But if you are using these good things to excuse or prolong abuse, you are doing it wrong. So. Very. Wrong. Don’t let people lecture you about being “divisive.” The goal is not unity… The goal is MORALITY.

it is baffling to me that democrats are looking at the current moment and somehow concluding that the problem is divisiveness. what on earth makes them think we want to be united with these assholes in any possible way?!?!

I work in a restaurant. I serve people all the time who are Trump supporters. I serve people with rebel flags on their shirts, MAGA hats on their heads, racist bumper stickers on their cars, and hatred in their hearts. But if someone got on TV every day and LIED about the restaurant owner’s family, I’d be willing to bet you the owners would tell that person to find another place to eat. If a person was paid to spread lies designed to harm people whom the owners cared about, few would fault them for saying, “You are not welcome here.” So I guess the question is this: Who do you consider “family?” Who do you care about? Who is your neighbor? Do you care about immigrant families enough to tell a woman who lies to hurt them that she is not welcome in your restaurant? Do you care about families born on THAT side of the border as much as you care about families born on THIS side of the border? Do you care about people who speak Spanish as much as you care about people who speak English? If you did, you might tell a person (who knowingly lies to protect an awful man while doing actual harm to people you care about) “Sorry, Sarah… We don’t want your business.” 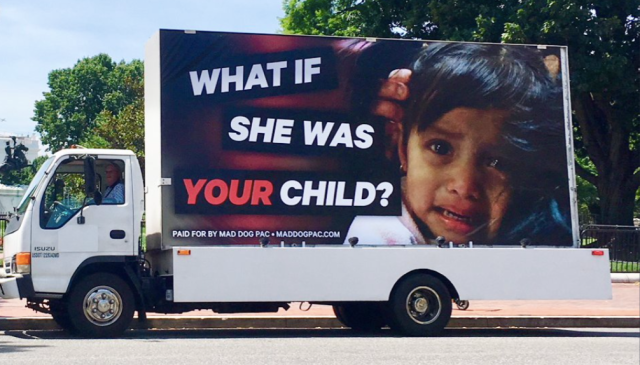 You want civility? You want peace? Start treating “their” kids like they are YOUR kids.

Listen, I get it… I know what it’s like to feel bound by expectations of “civility.” There was a time, not so long ago, when I couldn’t bring myself to share articles from “I Fucking Love Science” on my Facebook page (no matter HOW cool or interesting they were) because of the presence of the F-word.  There are many, MANY people who won’t share this article simply because it has the word “Bullshit” in the title. I cringe when I see people yelling “Shame!” while someone is trying to eat a meal. But if anything, there is too MUCH civility in our reactions to the continued abuse and harmful rhetoric that oozes from this administration. There is a fine line between Civility and Complicity. And as Elie Wiesel once said, “We must always take sides. Neutrality helps the oppressor, never the victim. Silence encourages the tormentor, never the tormented.”

I was asked again tonight by friend in France,

“Why aren’t Americans out in the streets on mass?”

What should I tell them?

We cannot be neutral… We cannot be silent… Even if our refusal of neutrality and silence comes across as rude or angry or uncivil. “Civility” allowed Mitch McConnell to steal a Supreme Court seat. Anyway, I’ll leave you with one more example of sweet, sweet incivility…

If I can’t go to Planned Parenthood for a routine pap smear without being screamed at and harassed by Christian protestors then Stephen Miller shouldn’t be able to eat his fucking salad without being called an asshole.

If you haven’t already, please read the amazing article by Michelle Goldberg titled “We Have A Crisis Of Democracy, Not Manners.” She handles this topic with a grace and eloquence unavailable to me. Also, if you believe I’m doing something important with this blog and you’d like to help support it, you can BECOME A PATRON. It’s safe, fun, and super easy. Otherwise, if you’d like to leave a tip on PayPal, you can do that RIGHT HERE. And again, you can follow me on Facebook and on Twitter for even more Jesus, Politics, & Bathroom Humor. Thanks again for reading and sharing!

This entry was posted in 1) Jesus, 2) Politics, 3) Bathroom Humor and tagged Civility, Clint Smith, Elie Wiesel, Forgiveness, Fuck Your Feelings, Jackie Robinson, Lack of civility, Lock her up, Maxine Waters, Michelle Goldberg, Patience, Sarah Huckabee Sanders, The Red Hen, Trump, Turning the other cheek, What if she was your child?. Bookmark the permalink.

5 Responses to Calls For “Civility,” and Other Bullshit