I know, I know–We’re all tired of Mitt Romney and Bronco Bama…. Just hear me out a minute.

They say you should never go to bed angry…. Sometimes, after a particularly intense argument with my wife, we make the mistake of going to sleep without sorting things out (It’s usually because we realize that talking through what just happened is going to take a while, and we are just too exhausted. It’s also because I have a bad habit of airing grievances after midnight), but inevitably the issue we left unsettled will come up again later. Well, this country just had a really big fight. And I realize that everyone is tired by now of election discussions and wants to lay their collective heads down and sleep instead of talking about the argument and the hurt feelings and the division we just experienced. Most people, exhausted and weakened by the fighting that grew more and more intense as the election neared and arrived and concluded, have a deep feeling of “Can’t we just move on?” Well yes, we CAN move on…. But we shouldn’t. This stuff is going come up again, and it’s going to be even more intense. Going to bed after a fight like this is the sort of thing that leads to divorce. We need to work it out.

Victoria Jackson tweeted “I can’t stop crying. America died” and “Thanks a lot Christians for not showing up. You disgust me.” That’s saying a lot from someone with a flag and a giant bow in her hair….

All around me, people are either celebrating Obama’s victory or lamenting Mitt Romney’s loss. Some people are taking Mitt’s loss a lot harder than others–Folks on Facebook are losing it. The reactions vary from very mild (taking pictures of themselves while making a frowny-faces), to overly dramatic (claiming a deep depression and an inability to get out of bed), to downright apocalyptic (declaring that our country’s decision to elect Barack Obama is a complete rejection of God and all things moral, inviting God’s judgement and wrath). Pulsing through all of the fear and anger and judgement from the the right is a sadness–Sadness stemming not so much from Mitt’s loss as from Barack’s victory. I think it’s safe to say that most people on the right wanted Obama out more than they wanted Mitt in (hehe…. Mitten). 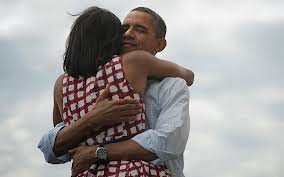 I love this picture.

Well, the guy that I voted for won, but I am not celebrating. These past few days have filled me with a deep sadness, and it has nothing to do with who will be president for the next 4 years. I woke up the Tuesday morning of the election and realized something interesting: I didn’t give a crap which person won the presidential election. I was just sad–Sad about the loss of truth in all this, sad about the billions of dollars spent on all these elections (money paid to the billionaires who own the TV channels. Here’s an idea: Maybe those moguls could donate all that advertising money from the political commercials we had to sit through to the rebuilding of the homes in NY and NJ, and they can let the people without a place to stay sleep in their five-stall garages and 30,000 sq. ft. houses until their homes are rebuilt. Anyway, I digress), and sad about the hatred and fear and intolerance that continues to divide our nation…. But I was way more saddened about the hatred and fear and intolerance that continues to divide the Church.

The real loser in this election is not Mitt Romney. The real loser in this election is the Church. Followers of Jesus have squandered yet another chance to stand up and show the world a real alternative to all the divisive bullshit that keeps us from being able to talk to people who think differently than us–let alone LOVE them. At a time when everyone is screaming “Obama is the answer!” or “Romney is the answer!” the Church should be yelling “JESUS IS THE ANSWER!” Instead, much of the Church (much of the white church, that is…. 80% of white evangelicals voted for Mitt Romney) downplayed the VERY SIGNIFICANT THEOLOGICAL DIFFERENCES between Christianity and Mormonism and once again put their full support behind the Republican candidate. 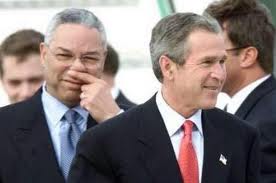 Wait a minute…. I’ve smelled this before!

Most of the people in the world who think that Christianity is full of crap think that way because so many of the Christians they encounter are so full of crap. The world can smell hypocrisy like a fart in an elevator. I mean imagine–JUST IMAGINE–the kind of scourge that would have been released from the “Christian right” if the republican candidate was a Christian and the democrat was a Mormon! It would have been the focal point of the attacks. Not the economy, not ObamaCare, not woman’s rights, not the debt…. Jobs shmobs….They would have attacked his Mormonism and labeled it as a cult straight from the devil that will put this country on the fast track to destruction. Most of the world KNOWS this would have happened, and that inconsistency smells like the same old crap that has been wafting from the Church’s direction for too long.

Equally sad is thinking about the people who aren’t able for some reason to sniff out the hypocrisy coming from the Christian right. They’ve heard from the Church for 30 years about the importance of voting for the Christian candidate, and now these same Church-people are filling up their Facebook feed with statuses about how this country is going to Hell in a hand-basket because we didn’t elect a man who was a priest in the Mormon church. And they walk away from this thinking, “Christians and Mormons? Ehh, they’re basically the same thing.” 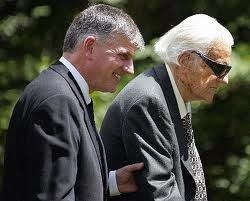 Franklin Graham is dragging his father’s good name through the mud…. Both Fathers.

Another hidden casualty in all of this is the subtle reversal of Church doctrine which preaches that our right standing with God is not based on what we do, but on accepting Jesus as your savior–That we are saved through God’s grace and Jesus’ sacrifice, and not through our own works. Evangelicals, who previously professed a duty to vote Christians into office, have changed their position to one that says, “It’s not what a man believes that counts, it’s what a man does” (Which is a legitimate way of thinking when approaching a choice for a candidate in a secular government). This value that is put on works as being equal to faith/grace is, very un-coincidentally, a very Mormon way of looking at salvation. Now, I don’t think it’s bad policy for Christians to vote for someone based entirely on his or her policies and not on his or her religious beliefs, but what is NOT alright is playing politics at the expense of right doctrine. Like Franklin Graham taking Mormonism down from the list of cults on their website a few weeks before the election. A fart in an elevator….

“Laugh about it, shout about it when you’ve got to choose…. Any way you look at it you lose.”

So after the election, a lot of people came up to me and congratulated me on the win, and I tried to explain that I’m on a whole different team. And my team lost. I voted for Obama because I thought he was a better choice for the country. I like him, and I think he is trying to do the right thing for the people with less/no power–That’s important to me right now. Everyone thinks I’m so Pro-Obama, but really it’s more that I’m against the hijacking of the Church by the right and the perception that Christians have to vote a certain way. There are all kinds reasons for followers of Jesus to vote democrat, to vote republican, to vote independent, and there are a whole lot of reasons to not vote at all as well. In many ways, this was an election between Caesar and Caesar. Every election is. And regardless of who wins the election, the Church has to represent Jesus, and Jesus is the ALTERNATIVE to Caesar. The Church is not a building. The Church is not a staging ground for a plan to make sin illegal. The Church is people–People who must be consistent in their representation of the man named Jesus. People who reveal to the world a different way of doing things–A way that Jesus described as The Kingdom of God–where generosity is stronger than greed, where the first are last and the last are first, where Caesar can have his money, where we don’t return evil for evil, but we love those who hate us, where people aspire for service instead of for power, and where perfect Love casts out fear.

This entry was posted in 4) All Of The Above and tagged Bronco Bama, Caesar, Election 2012, Facebook political fights, Farting in an Elevator, Franklin Graham, Jesus, Mormons, Obama, Romney, The Church, The Kingdom of God, Victoria Jackson. Bookmark the permalink.