My Neighbor Just Died In Iraq 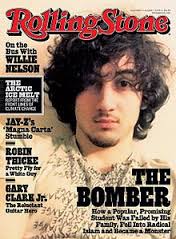 I think that the reason people were so upset by this cover was because they don’t like it when their enemies are made to look like human beings.

The bombs that exploded near the finish line of the Boston Marathon ended the lives of three people. Dzhokhar and Tamerlan Tsarnaev walked through the crowded streets, set down their backpacks that were filled with home-made bombs (made of pressure cookers filled with ball-bearings, nails, and explosives from fireworks), and walked away from the devices that would soon take the lives of a 29 year-old restaurant manager named Krystle Marie Campbell, a 23 year-old Boston University graduate student named Lü Lingzi, and an eight year-old boy named Martin William Richard. In addition to the three people who died, the bombs sent destruction and shrapnel flying through the air and tearing through the flesh of hundreds of others. As is almost always the case when a bomb goes off, the number of people hurt by the blast is significantly more than the number of people who died—When the smoke cleared, 264 people were injured.

But what was also injured was our feeling of safety. Not just in Boston, but all over the country people had a feeling like the first time your apartment gets broken into in college, and you think to yourself, “I guess I’m not as safe as I thought I was.” So far this year, those were the only three people that have been killed inside of the United States by terrorist bombs. 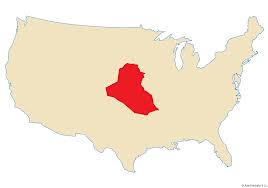 Please take a moment to compare that with Iraq…. In Iraq, over 1000 people have been killed. Not so far this year–there were more than 1000 people killed by bombs LAST MONTH! All in a country that is smaller than the state of Texas. That means that if the ratio of killed to wounded were somewhere near what it was in the Boston bombing, there might be around 88,000 people who were injured in some way by bomb blasts in Iraq–maybe blowing out eardrums, maybe walking with a limp, maybe losing a limb or two–all in the month of July alone. 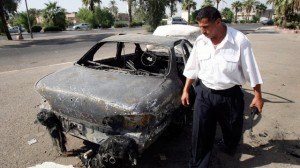 And these are people like you and me. They are people with families to take care of, and jobs that they don’t always love. People who hate the idea of someone setting off a bomb to make some sort of demented political or religious statement. People who are just living their lives, but now the new normal in their lives is news stories like one that closed down Boston for two days and had the rest of us glued to our TVs, except they see those stories EVERY DAY. Their new normal is being stopped at portable security stations and being patted down to look for bombs before you are allowed to enter places like malls or shopping centers.  Their new normal is going to work thinking, “I hope I don’t get blown up today,” and walking past the wreckage of recent explosions. Their new normal is knowing someone personally who has been affected by a bomb.

I love Boston as much as the next guy….

I know a person who was in the city of Boston when the bombs went off, and I felt like that somehow gave me more of a connection to that tragedy. I would even tell people about it: “I have a friend who was IN BOSTON the bombs went off!” And people would genuinely be like, “Oh, wow.” And I’d shake my head, like “Yeah….” The more I think about this sort of thing, the more arbitrary it seems–Like if I felt more of a connection with and compassion for the people of Boston because Boston starts with B, and so does my last name….

Yay our team! Screw everyone else!!!

I’m not really sure what my point is. It’s certainly not to suggest that the Boston bombing wasn’t horrific and tragic. It obviously was. Maybe it’s just to provide some perspective. Sometimes it seems like we only care about people on “our own team.” Lü Lingzi, the graduate student who died in the bombing, was a Chinese national. Imagine if her death was looked at as something less than the others because she was born in China. But there are news stories about explosions in Iraq every single day–20, 30, 50 people dying every day. And I’m starting to figure out why these stories aren’t affecting me like the stories of the three who died in Boston. It’s because I obviously don’t care.

And I think about the man standing before Jesus, asking him, “Who is my neighbor?”

May we look as much like Jesus as this burnt frying pan. I assume they were cooking bacon…. The most heavenly meat.

I think that the Church looks the most like Jesus when it genuinely loves and cares about the people who don’t look or believe anything like we do–And not in the hopes of some sort of “conversion,” but just because we recognize that those people are our neighbors. Because the more we get to know God, the more we understand how God looks at folks who don’t look anything like us–He looks at them like they are his kids. And he loves them like his kids. And if we know God, we do too. God doesn’t care about borders or languages or ethnicity…. He cares about us. All of us. I don’t believe God wants the Church to convert Muslims (or anyone else) to Christianity–I believe he wants the Church to look like Jesus. And when our hearts break for people who live every day in fear of yet another bomb, we look like Jesus. When our hearts break for kids who have gotten used to the sound of drones flying through the air, we look like Jesus. When our hearts break for the girls who aren’t allowed to go to school in countries that we call our allies, we look like Jesus. And when we stand up and demand justice and religious freedom for our Muslim brothers and sisters right here in the United States, we look like Jesus.

So if you read the title of this post and found yourself caring about my neighbor’s death based solely on the assumption that he or she was from America, you might want to try looking at things differently. Try asking God to show you how much he loves the people in Iraq and Iran and Afghanistan and Syria and Egypt and Sudan. I believe he will. It probably sounds very foreign (pun intended) to many of you (this whole “loving your enemies” thing), but if the Church going to be worth anything to the world, it has to start really loving it. Our hearts break for those people in Boston, but may we be the kind of community whose heart breaks for suffering everywhere…. Not just suffering that slightly affects us and makes us feel less secure by inconveniently reminding us we are all going to die someday.

This entry was posted in 1) Jesus, 2) Politics and tagged Boston Bombing, Dzhokhar Tsarnaev, Jesus, Looking like Jesus, My Neighbor Just Died In Iraq. Bookmark the permalink.

4 Responses to My Neighbor Just Died In Iraq