How To Walk Through Walls

Picture our solar system. We’ve got these planets spinning around this giant ball of fire–Mercury, Venus, Earth, Mars, Jupiter, Saturn, Uranus, Neptune, and (in our hearts) Pluto. As a kid, I went to a Planetarium, and I fell in love with the VASTNESS of the universe. I left that Planetarium visit with a small book of facts about our solar system that I treasured (I’d sometimes quiz people about obscure planet facts to show how smart I was. “What? You DON’T know the diameter of Jupiter at the equator?!? Duh, it’s 88,000 miles….”). I knew about the bigness of the Sun, but I never was really properly impressed with the bigness of the empty space in between the planets. 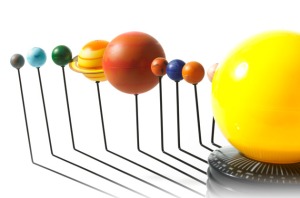 All of a sudden, I have a craving for one of those big, candy store suckers….

If you were like me, you might have had visual aids like the model in this picture. And though it might help us to remember the names, most everyone knows that scale-wise it is terribly inaccurate. It’s understandable, though, because a model that was actually to scale would be hard to fit into a classroom. Picture this: If the sun was the size of a basketball, the Earth would be the size of a BB…. A BB that is 107 feet away from the basketball! If you go all the way out from that same basketball to what’s now called a “dwarf planet,” Pluto is a large grain of sand about 4248 feet away. So…. in a circle over a mile-and-a-half wide, there is a basketball, a couple of golf balls (one that’s a little smaller and has some rings), a couple of marbles, four BBs, some pieces of sand (there are seven moons in our solar system bigger than pluto), and a little bit of dust. Now imagine one more thing: Imagine that instead of a mile-and-a-half-wide flat circle, those miniature planets and asteroids are contained in a mile-and-a-half diameter sphere, with that basketball, those golf balls, marbles, BBs, sand, and dust coming to rest at its bottom. Everything else in that sphere is just SPACE.

Every so often, I tip a 40 on the curb for poor, pitiful Pluto. You will be missed.

Now consider this: The atoms that make up our bodies–as well as the atoms that make up the very world we stand on (a world, by the way, that is spinning at just over 1000 m.p.h., while flying around the sun at 67,000 m.p.h., while that same sun rotates around the center of our galaxy at a little over 500,000 m.p.h.)–Those atoms contain roughly the same ratio of space to matter as our solar system. That means that if you take all of the “stuff” of an atom (Protons, Neutrons, Electrons, Up and Down Quarks and a bunch of other really small stuff) and put it into a scale model sphere, it would look a lot like the sphere we talked about above. And this seems to be the way things are set up–both at the macro level, as well as the micro level: A little bit of stuff, with a WHOLE LOT of space in between it. 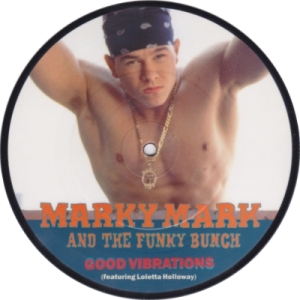 Yo, It’s about that time to break forth the rhythm and the rhyme…. FEEL IT, FEEL IT!

And this is what we are as well. We are mostly space, with a very little bit of actual “stuff,” but with a whole lot of forces and fields and vibrations and attractions between that stuff. When one of my hands claps against the other, there is actually WAY more space in my flesh than there is matter, but what keeps one hand from passing right through the other hand are those forces at work. It’s not really stuff hitting stuff. It’s more like trying to push the two negatively charged parts of a strong magnet together. If you look closely enough, there is very little actual matter in us. We are mostly made up of the relationships BETWEEN that matter. We are vibrations. If you take a hammer to an anvil, it feels like solid stuff, but if you were able to look closely enough at it, it’s really just a bunch of mile-and-a-half-wide spheres with a few golf balls and marbles….

Now why does this matter? I was watching a video the other day of a drop of liquid mercury being affected by sound vibrations played at different frequencies. The sound created resonance in the mercury, and it seemed to dance as the sound waves made the liquid fight between pulling itself apart and pulling itself back together. It’s hypnotic. Here it is:

When I watched this I thought, “No wonder I am so affected by music–The vibrations of the sound waves could be making the matter that is ME move and gyrate and dance just like this mercury.” And if that’s happening, maybe our words have the power to actually affect the things around us in strange ways as well. I mean, it makes sense. We see sound being used in medicine. Doctors will break up kidney stones while they are still inside someone’s body by sending sound waves into them at just the the right frequency. And then I asked myself the question, “Are our thoughts ‘things?'” When we think a thought, is that thought something real (like the sound waves sent into the kidney stones), or is it something else? Because, if our thoughts are real things, then it stands to reason that those real things might be able to somehow affect OTHER real things. 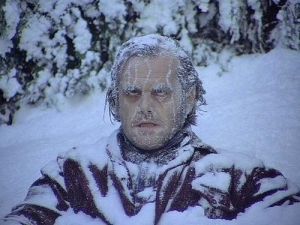 All work and no blogging makes The Boeskool a dull boy.

I’m not making a case for some sort of “mind over matter” way of thinking. I know that what we believe can affect our bodies, but this isn’t like the urban myth of the guy who froze to death in what he thought was a refrigerated train car. When I was growing up, I made a bunch of Mac n’ Cheese. I would always get the butter and milk (as well as that sweet, sweet powdered cheese) ready to add to the noodles when they were done. One time, while the water was boiling, I dropped a spoon, and in the chaos of trying to catch it, some boiling hot water splashed onto my arm. At least I thought it was boiling hot water. When I pulled my hand away from my burned arm, it was milk that had splashed. Beneath the milk, my skin was already red and raised up from the “burn.” But it’s not this sort of “brains tricking our bodies” situation that I’m talking about. 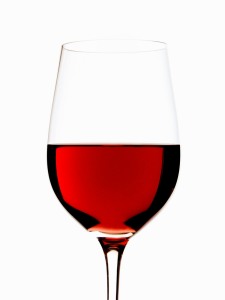 Every wine glass, like every one of us, is full. The question is: “Full of what?”

I’m just wondering if our thoughts, if they are indeed “things” or “stuff” or matter, might be more powerful than we think. Microwaves heat up food by sending invisible waves that make water vibrate so much that the friction heats up the food. What if the love that we feel for people can be felt all around us. What if the simple act of truly forgiving someone is capable of making their cells dance like that droplet of mercury. C.S. Lewis explains the story of Jesus walking through the wall of the locked room the disciples were hiding in, not as him being some etherial, ghostly body, but as Jesus being SO REAL at that point that it made the wall seem etherial. The notes of our voices can affect a wine glass and shatter it…. Maybe our thoughts, real as any voice, can affect the things around us as well. And if our thoughts, maybe our prayers as well….

Are thoughts matter? Our thoughts matter? I don’t know –I’m just “What-If-ing” over here.  The last few days, I’ve been looking at people and trying to remember that they are mostly space. Still, every time I kicked someone, they seem very, very solid. They say that trees are 90% air, but if you’ve ever tried to his a golf ball through one, experience tells you that percentage is a little high. I don’t know…. Something to think about. Thanks for chasing a rabbit with me for a bit. Carry on.

This entry was posted in 1) Jesus, 5) Not Quite Sure and tagged Are our thoughts things?, Chasing a rabbit, CS Lewis, Dancing Mercury Drop, How to walk through walls, Poor Pluto, Ratio of atoms to space, Scale of the solar system. Bookmark the permalink.

6 Responses to How To Walk Through Walls