Four Things Our Grandchildren Are Going to Be Ashamed Of 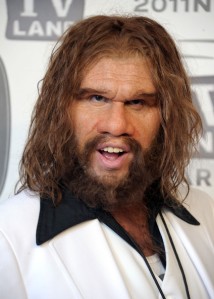 “When I was a kid, THIS is what an insurance salesman looked like.”

Have you ever looked back in history at things people did and asked yourself, “How the hell did they think that was okay?!?” As a kid learning about U.S. history, I remember thinking, “You mean to tell me that women couldn’t vote until 1920?!?” And, “Wait…. The majority of the people in the country used to believe it was okay to OWN black people?!?” And, “What do you mean there was a time when a country actually tried to kill ALL the Jewish people?” It all seemed barbaric—like a time before fire, where some Neanderthal with a club dragged his woman around by her hair. If you’re anything like me, you’ve probably thought to yourself, “How could we have been alright with this?” And this question SHOULD lead you to ask, “I wonder what things are happening today that our grandkids are going to be horrified by?” I can envision our descendants—picking up whatever new technology has replaced history books—and looking back on the time we live in. And I can hear those voices from the future asking….

They totally put Chris Christie closest to the camera as punishment for hugging Obama. Lame…

Classrooms of kids are getting gunned down, and they didn’t do anything to try to make guns harder for criminals to get?!? Wealth inequality was at its greatest point since the Great Depression, and they didn’t do anything about it?!? They gutted the Voting Rights Act while people in power attempted to suppress voter turnout, and people just accepted it?!? They demonized poor people needing help from welfare, but they continually voted to hand out billions of dollars is CORPORATE WELFARE to giant to companies who send jobs overseas?!? And on and on and on…. That is not anywhere close to an exhaustive list.  And yet, if you noticed during the first republican presidential candidate’s debate, NOT ONCE did any one of these important issues come up.

Now, just in case you’re reading this and cynicism sinks in and you think to yourself, “Screw it. There’s nothing we do to change things”—PLEASE DON’T! I want to point out that if you take a close look at history, you’ll find evidence of that famous MLK quote that says, “The arc of the moral universe is long, but it bends towards justice.” Women won the right to vote in almost every country in the world (though not in Saudi Arabia—one of our closest allies—but that is a human rights abuse it seems we can overlook if you have enough oil). We passed the Civil Rights Act (though much of the policies in place right now still equate to a new version of Jim Crow). The global community came together to pass laws in an attempt to prevent the horrors of genocide from ever happening again (though little was done about Darfur). And we just saw a historic step forward for equal rights for people who are LGBT. We are far from where we need to be, but we are closer than we used to be…. And there is reason there for hope. 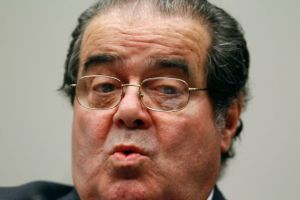 If we’re not careful, we could end up with another one of these….

And this is why it is so important for you to vote! Here are some numbers for you: 79, 76, 76, 74, 64, 62, 58, 57, and 52. These are the ages of the Supreme Court Justices we have right now. It is very possible that over the next 4-8 years, one or more of these justices will step down, and their replacement will be chosen by the people WE put into office. This stuff actually does matter. The ones with all the money and the influence are trying very hard to take the power out of the hands of the people…. But “the power being in the hands of the people” is EXACTLY the thing that makes this country great. The opportunity to get rich is NOT what makes America great–What makes it great is our ability to change things. And there are some things that really need to be changed.

Someday our kids, or their kids, are going to look back on this time, and they are going to shake their heads with wonder and disappointment at some of the things we could have changed, but didn’t. It will be hard for them to imagine forcing kids into incredible debt in order for them to get an education. They will marvel that there existed a time when the very rich could give as much money as they wanted to politicians, and basically choose who the rest of us get to pick from. As they look at back at our prison system, they will be filled with the same sort of shame that we feel when we look back at pictures of the horrors of slavery. And they will try to figure out—probably while living in countries with very different shorelines—why we didn’t do something about the environment when we actually could.