There’s No Such Thing As An Unarmed Black Man

“I felt threatened.” That’s what they always seem to say…. 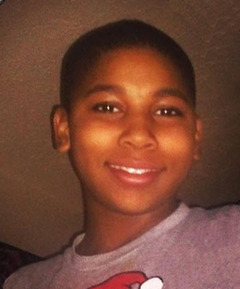 Twelve year old Tamir Rice… Shot immediately while playing in the park with a BB gun… In an “open carry” state. This is what threatening looks like.

The police officer who choked the life out of Eric Garner as he gasped the words, “I can’t breathe” felt threatened. The police officer who was responding to a call about a boy playing in a park with a gun (a gun the caller TWICE said he thought was fake) felt threatened when he pulled up and shot 12 year-old Tamir Rice twice before his squad car even stopped moving. The officer who saw Michael Brown walking on the street felt threatened when the teenager didn’t respect his authority by moving fast enough to the sidewalk, and he felt even more threatened when he shot and killed him moments later from a distance. The officers who were responding to a call at a Walmart of a report of a black man with a gun felt threatened as well–So threatened that they shot and killed John H. Crawford III IMMEDIATELY after arriving at the store as he talked on the phone to his girlfriend…. Even though the gun he was carrying was a BB gun that they sold at that Walmart. Ugh…. The stories go on and on. I can’t even keep track of them. There shouldn’t be so many unarmed black folks getting killed that it’s hard to keep them straight.

**NERD ALERT***
The only “Oathkeeper” I’m a fan of is the one carried by Brienne of Tarth.

You can CLICK HERE to read the stories of over 100 unarmed people of color who were killed by police just last year alone. This week marked the one year anniversary of  the killing of Michael Brown, and there were protests in the streets of Ferguson once again. During the protests, heavily armed people from a group calling themselves “Oath Keepers” showed up…. Funny how when a bunch of white guys with assault rifles show up at a protest, it doesn’t seem nearly as threatening. I’ll tell you this much–If there were over 100 police shooting of white “open carry” folks who were killed because they made police officers “feel threatened,” those “Oath Keepers” would be talking about open war against the government (even more than they already are, that is). But there are hundreds of stories like these–just from the past two years–of police officers using deadly force and ending people’s lives because they felt threatened. And really, there is a lot for police to feel threatened about right now. 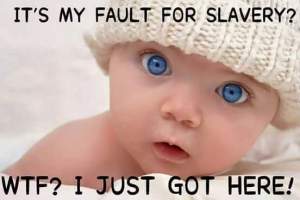 If you’ve ever posted anything like this, I’ve got bad news for you: You are racist as hell. Like…. Not “swastika tattooed on your forehead” racist, but not far off either.

Now, before I go any farther, I need to point out that there is more than one kind of racism. There is the overt kind of racism–The racial slur-using, confederate flag-waving, “I hate black people” sort of racism–As well as its close cousin, the “subtler racism”–The kind that looks around before telling certain jokes, swears he “likes black people, but just not the THUG black people,” and wouldn’t mind when they move into her neighborhood, except that it’s probably going to affect their property value. And then there is Systemic Racism. Systemic racism is written into to rules that we all play by. It is the board on which we place our game pieces. It is the air we breathe (or the air we don’t breathe). This distinction is important, because many times if someone points out “Racism,” people think they are being accused of “secretly hating black people.” When really, what is being pointed out is how someone is playing by rules–usually without even knowing it–that are unfairly in favor of white people. 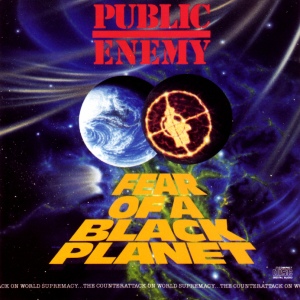 Sometimes I think back to the skinny, teenage me singing Chuck D lyrics, and I don’t know whether to laugh or cry.

So when people say that law enforcement is contaminated with racism, they are not necessarily saying that police officers are using the N-word when no one is looking…. They are saying that the rules of law enforcement are unfairly stacked against people with brown skin. If you subconsciously equate blackness with suspiciousness or criminality, that is going to effect who you pull over. We all play by the rules of racism–regardless of the color of our skin. You don’t have to be white to be more nervous about a black man walking up to your car than you would be about a white man walking up to your car. So what happens when you take all the rest of those reasons that police officers are feeling threatened, and you combine those reasons with feeling more threatened by black skin? Well, we can see what happens…. People get killed for running from a traffic stop that he realized would probably send him to jail for missing child support payments. People get shot in the face for not wanting to get out of his car on a traffic stop for not having a front license plate. People get gunned down for stomping on cars…. I walked on cars as a kid, and as stupid as it was, no one ever deserves to die for it.

Here’s a cover photo from a closed “We Support The Police” Facebook group. There is way more diversity in this picture than there is among the group’s members.

And then, add to that the systemic racism we all breathe in every day that effects the way we see things…. What happens when the color of someone’s skin starts to look like a weapon? What happens when we start to “weaponize” blackness? What happens when officers arrive at work feeling threatened, work a threatening job, and then start to see dark skin as more of a threat than light skin? Innocent people die–That’s what happens. Men die for selling lose cigarettes. Twelve year-old kids die while playing in a park. Dead teenagers, who just graduated from high school, lie face down on the street for four hours. Young men holding a floor model BB gun in Walmarts get murdered. 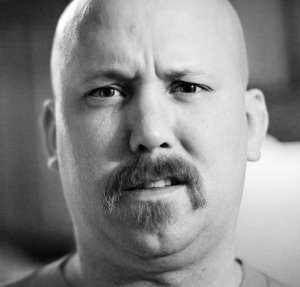 Maybe if I would have been wearing my ‘stache they would have let me support the police?

Something has to change. These young men and women and geting hashtagged all over the place. And it’s so messed up to say, but right now the fastest way for a cop to become a millionaire is to kill a black kid, get fired from his job, and then wait for the donations to start pouring in. And I know that racism is not the entire problem with policing, but it is part of the problem. This post is getting long, so I had to get rid of a whole bunch of stuff I wrote about Facebook groups supporting police officers. Just believe me when I say: There are a bunch of groups (both closed and open) devoted to “Supporting Police” and “BlueLivesMatter” that are cesspools of some of the most racist, disturbing shit you will ever lay eyes on. I asked to join a closed group supporting police, and I was blocked from even seeing the landing page three minutes later…. But then again, my Facebook cover photo is of me and my church at a Gay Pride Walk, and a simple Google search of my last name will pair me with “Huffington Post,” so…. Not much of a surprise. But it doesn’t take more than 20 seconds on one of these pages to be certain of one thing: There is a growing anger within the police community. 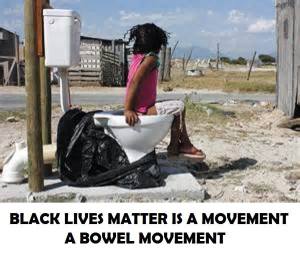 There is nothing funny about this. I just wanted to show an example of the sort of garbage that is posted on these “Blue Lives Matter” pages. So…. Yeah.

And that anger is moving in the opposite direction of healing. This problem is not going to be solved by trying to crack down even harder. I believe the thing that needs to change is the culture of law enforcement. We need less “law enforcement” and more “Peace Keeping.” I know that there are all kinds of really good cops out there–I am proud to say that I am friends with some really good folks who are police officers–But within law enforcement, there is a very strict policy of never criticizing anyone else with a badge, and that has to stop. Right now, when an officer makes a mistake, everyone else in law enforcement starts circling the wagons. There are many places in this country where things have just gone horribly off track, and the criticism the world needs to hear is the voices of the officers who are seeing it. People are trusting the police less and less, and the only way to reverse that is to have people speak up who are on the inside. This country NEEDS police officers we can trust–who are viewed as the helpers and not the enforcers–and the only way to rebuild that trust is to start by admitting there is a problem.

Until then, we are just looking at more and more lives that don’t seem to matter. And more senseless deaths. And more hashtags. And more of our black brothers and sisters being killed for having nothing on them that was threatening in any way…. Other than the color of their skin. And that is a threat they can’t ever leave at home. No more hashtags. Say it with me…. BLACK LIVES MATTER.

This entry was posted in 5) Not Quite Sure, Jesus, Politics and tagged BlackLivesMatter, BlueLivesMatter, Eric Garner, John Crawford, Michael Brown, No Such Thing As An Unarmed Black Man, Oath Keepers, Racism, Systemic Racism, Tamir Rice, Weaponized Blackness. Bookmark the permalink.