For Those Convinced Of Clinton’s Corruption

Think about this for a moment: Is there any result of the FBI investigation of Hillary Clinton’s email misuse that wouldn’t have made you even more certain that she was completely corrupt? While she was secretary of state, she used a private email server. She has admitted over and over that this was a mistake. The FBI investigated her, and after their investigation, they concluded that although her private email server was “extremely reckless,” there was no indication whatsoever of any sort of criminal intent. So, if the FBI investigation would have come back and recommended an indictment, you all would have said, “See? I told you so!” But now, when the FBI investigation concludes that “no reasonable prosecutor would bring such a case,” you are all still using this decision as proof of Hillary Clinton’s perceived corruption, and you’re still standing there, like, “See? I told you so!” 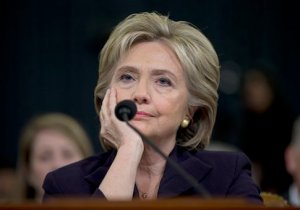 “Is there any answer I could give that would satisfy you?”

You see, this is what happens when you attack a person and accuse her being part of some corrupt cabal that is “above the law.” When you bring charges against her and they don’t stick, you can look at the cameras and say, “See?” It’s actually a brilliant attack… It’s kind of like accusing someone of being an alcoholic, and then when she tells you she’s not, you say, “See? There it is… Denial.” The same thing happened with the Benghazi investigations. After eight different Benghazi hearings (at a cost of millions of dollars) conclusively found that Secretary Clinton did nothing wrong, the damage is still done, because it reinforces the perceived narrative that Hillary Clinton is so corrupt that she is “above the law.” But maybe she is not above the law… Maybe she just didn’t do the things they are accusing her of doing.

And the hell of it is, this line of attacks is successful. So successful, in fact, that there are a lot of people who look at the prospect of a Hillary Clinton presidency, and actually don’t know who would be worse–Her, or the dumpster fire known as Donald Trump. Some are even considering her as the lesser of two evils. It has affected me as well. I get it. It works. I don’t really trust her either… And I’m not even sure why. Which of all the accusations against her have actually stuck? When you press people to name something, they can’t. After some amorphous talk about emails, Benghazi, being “crooked,” enabling Bill’s infidelity, and maybe even tossing in some conspiracy theory email forward about a list of people close to the Clintons who died, usually people end up with a very unspecific, “I don’t know… I just don’t TRUST her.” And they’ll question her integrity. They’ll call her a liar… And then, it’s the same game: “She’s a liar! Want proof? ‘Hillary, are you a liar?’ [No.] <–SEE?!? There she goes again…” Even though the non-paritsan, Pulitzer Prize-winning fact-checking site PolitiFact has shown Hillary’s statements to be the most consistently truthful of any of the candidates (51% true or mostly true… even more than the Bernie I love so much), while showing that only 9% of the things Donald Trump says are rated “true” or “mostly true.” That’s NINE percent… Then, when actual journalism doesn’t line up with your accepted narrative, what do you do? That’s right… You call the journalist liars as well. That, or you spend billions of dollars setting up an overtly biased “news” organization that damages the whole concept of news. COUGHFoxCOUGH…

For some reason, they don’t seem to focus near as much on the outfits the men wear…

And if you don’t think that part of this has to do with Hillary being a woman, you are fooling yourself. Even as a young man in college, I can remember having a deep sense of “Who does she think she is?” while Hillary Clinton tried to get her healthcare bill passed. It wasn’t an overt “She needs to know her place,” but it was something close. But if a man had the tenacity and adept political maneuvering that Hillary Clinton has displayed, those things would be viewed as assets. But with her, it just comes off as her being conniving. Or “bitchy.” But as Tina Fey and Amy Poehler said while Hillary was campaigning against Barack Obama, “Bitch is the new black.” Anyway, who were you expecting? If a woman was ever going to rise to being a stone’s throw from the most powerful position in a country that has been so very patriarchal for it’s entire history, did you think she was going to be a wilting violet? She has had to navigate a harsh political landscape for decades… Of course she’s a bitch. Bitches get shit done. Again–I get it. It’s distasteful when people compromise their principles… But governing is about compromise. Compromise  is a necessity. When a nation is as divided as ours is, uncompromising principles is a recipe for getting nothing done. AND WE HAVE SOME THINGS THAT NEED TO GET DONE! 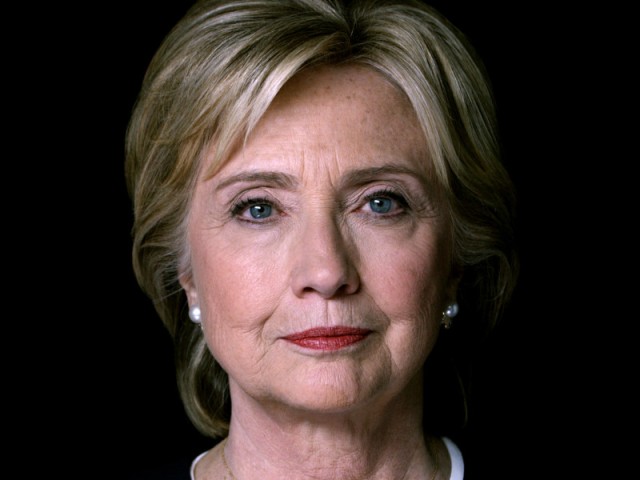 Seriously… Just who were you expecting?

Instead, we have found ourselves living in a situation where many are SO ENTRENCHED in the “She’s crooked” narrative, that news can come out showing that Hillary Clinton did NOT do anything illegal, and her enemies are still sharing the story as if it is some sort of proof of her corruption. It’s craziness. And this is not to say that Hillary Clinton is above criticism. She’s not. Not even close. There are plenty of things for which she is responsible that she needs to answer for. The crime bill she and her husband championed is responsible for our prison population more than tripling since Bill Clinton’s presidency. It has negatively and disproportionately affected minorities, and it has basically set up a new system of enslavement and disenfranchisement for people of color. This is well worth criticizing… The trouble is, most of the people rooting for Trump APPRECIATE a policy that results in more brown people in prison… So the GOP can’t focus on that.

But let’s just say–for the sake of argument–that all of her critics’ charges against her are true. Let’s say that she intended for those four people to die in the consulate attacks in Benghazi. Let’s say she fully intended to illegally and maliciously set up a less-than-secure email server for her job as Secretary of State. Lets say that she is guilty of everything from Whitewater to Benghazi and everything in-between… Even if it were all true, she still managed to keep herself out of trouble while just about every republican in a position of power has tried to prove it. That would be AMAZING! How impressive… Listen–Donald Trump can’t even dodge the charges from one little fraudulent “University.” One of two things is true: Either Hillary Clinton’s enemies cannot get any of these charges to stick to her because she is too politically astute, or they’re not sticking because she actually didn’t do them. Either way, she is infinitely more qualified to lead our nation than the angry, racist, inept, misogynistic, unknowledgeable, unstable buffoon that is the alternative… A man so colossally unqualified, that if you said the words “angry, racist, inept, misogynistic, unknowledgeable, unstable buffoon” on a gameshow, people would be able to guess who you’re talking about. Think about that. Make the right choice, America.

Facebook has (once again) changed its algorithm to make it harder for content-creators like myself to get their work out there without paying them money. If you like the stuff I write, share it on Facebook or Twitter. And if you REALLY like a certain post, you can give on PayPal and designate which post you’d like your money to go toward “boosting” on social media. Otherwise, you can BECOME A PATRON. Kimberly Torrey-White just did. Why? Because being generous is fun. And because she rocks.

This entry was posted in 2) Politics and tagged Benghazi, Donald Trump, eMail Scandal, Hillary Clinton, I'm with her, Lesser of two evils, Politifact. Bookmark the permalink.

292 Responses to For Those Convinced Of Clinton’s Corruption