How To Not Get Murdered By People On Facebook

Posted on October 6, 2015 by theboeskool

We’ve all been there before…. Usually for me it goes something like this: 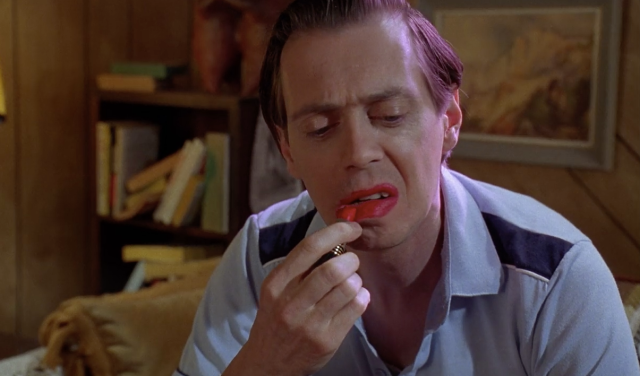 Facebook Status: “I am so grossed out by the way Donald Trump keeps talking about immigrants. Has he forgotten that he comes from an immigrant family himself?
Mutual Friend I don’t really know: “I am just worried that a whole bunch of ISIS people are going to sneak into our country. There were already four ISIS members arrested in Texas last year who snuck across the Mexican border.”
Me, foolishly wanting to help: “Actually, there has never been any evidence of any terrorists coming across the Mexican border. That story going around about ISIS members being caught was totally made up. Here’s that Snopes article.” ***Posts link to Snopes article***
Stranger, getting even stranger: “It DID happen! My brother in law lives in El Paso, and he told me himself that ISIS people were captured crossing the border. ***Turns on caps lock*** WHY IN THE WORLD WOULD MY SISTER’S HUSBAND LIE TO ME?!?!”
Me, Moonwalking away: “Okay…. It’s just that they have their sources listed at the end, and there is even a link to an El Paso congressman who has also debunked the myth. Anyway, I’m not calling anyone’s brother-in-law a liar…. Unless he says that Donald Trump’s Grandfather wasn’t named Frederick Drumpf.  #AmIRight? :)”
Clearly Crazy Person: “That site makes stuff up all the time. But what do you expect when they get all their funding from GEORGE SOROS! You know what? IF YOU COME INTO THIS COUNTRY ILLEGALLY, YOUR (sic) BREAKING THE LAW!! And if I see someone breaking the law, the constitution says that I can shoot their ass!!!! That’s what the second amendment is their (sic) for!!!!! It is a scientific FACT that 98% of all the rapes in Texas are committed by Mexicans. But it’s not like OBUMMER is going to do anything about it… He’d probably LOVE for more of his Muslim family members to come here. WE NEED A WALL, AND WE NEED IT NOW!!!!!”
Me, thinking to myself while scratching my head, maintaining radio silence, and taking a screenshot to show my sane friends: (Ahh, I see. This person isn’t just ignorant or being insensitive…. This person is insane. Don’t say another word) 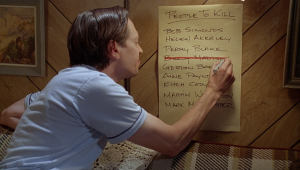 You never know who you’re pissing off.

Because here’s an important thing to remember: Arguments are for people who are rational. There’s no point in making a reasonable case to someone who is clearly unreasonable. It’s like trying to get someone who doesn’t speak your language to understand what you’re saying by getting louder…. It makes no sense. Getting into an argument with Crazy only makes you look Stupid. Think about it…. If I say to someone, “That doesn’t make any sense,” and they respond with “Applesauce Mayonnaise,” that’s a pretty decent clue that the person you are dealing with is not all there. As my grandma always said–There’s no winning an argument with “Applesauce Mayonnaise.” I’m not going to lie to you–she didn’t really say that. Well actually, I don’t know…. She might have said that. I wasn’t around her all the time, you know? Anyway, my point is this: Let us all look for the places in our lives–online and face-to-face–where people are saying the equivalent of “Applesauce Mayonnaise.” And let’s learn to let it go (It should be noted that I’m saying this as much to myself as I am to anyone who happens to be reading this. Maybe more).

Because you know what else? The sorts of people who say the equivalent of “Applesauce Mayonnaise” (and here’s where the “How To Not Get Murdered” part comes in) are usually not the most “stable” people in the world. 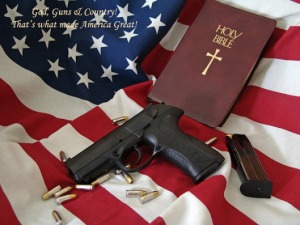 So I’ll leave you with a little friendly advice on how to spot “Crazy” on Facebook. Here’s what to look for: A Profile Picture with American flag on it. Or an eagle. Or a gun. If, God forbid, you run into a person with an eagle carrying guns in front of a flag, be extremely cautious. I’m NOT saying you have to be afraid to engage these people…. but if you sense even a HINT of crazy, don’t argue. Just apologize. It’s not worth it. The only thing more dangerous than the Eagle/Gun/Flag combo is the addition to that unstable equation of a cross…. Or any Christian symbol, really. Do not engage in anything resembling an argument with these people. They generally interpret the voice in their head as the voice of God. And the voice in their head is the same one that told them to buy that sticker of Calvin peeing something. And anyone listening to that voice is not to be trusted with a sidearm…. Because you just know that every single one of them has a gun. I said it once already, but it bears repeating: Arguments are for people who are rational.

I can’t even tell you how cool it is that I already have 11 Patrons! A new supporter of the blog is my friend Lydia. She is so kind, and she has what very well might be the best head of hair I have ever seen. Even more impressive than her hair and her personality is the fact the she and her husband Donald are going to be on ABC’s  Shark Tank this Friday, October 9th pitching an awesome product they invented called “NerdWax.”  You should totally watch it. And thank you to those of you who enjoy this blog and want to see even more of my writing by helping support me.

This entry was posted in 5) Not Quite Sure and tagged Crazy People, Crazy People On Facebook, Donald Trump, Drumpf, Facebook, How to not get murdered, Steve Buscemi Lipstick. Bookmark the permalink.