The other day, I had an epiphany. I was waiting tables (as I do two nights a week to support my blogging habit) and I saw things clearly–And it was all thanks to a dumb ass.

"I've been frozen for 30 years. I've got to see if my bits and pieces are still working."

I was tired, I was hungry, and I was really busy. The kind of busy where it’s 10:00 and you have to pee really bad, but you literally can’t find a minute to make it to the bathroom. Then, in a moment of calmness, you hustle over for a quick pee, and (as happens just about every frickin’ time) the door is locked with someone else in there. The next thing you know, it’s midnight and you suddenly realize that you still haven’t peed and your bladder is making a noise like stressed metal. There are few things that feel as good as that moment–that porcelain shattering moment–when you finally pee, and you get the pee shivers so bad that it makes you speak in tongues, and your leg quivers like Austin Powers after he was thawed out…. I think I need to take a little break from typing…. 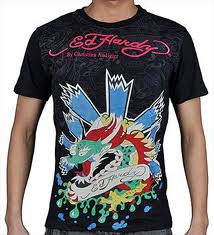 And I’m back. So it was this sort of night that backdropped my dumbass-induced epiphany. I was super busy, and a table of six asked for their checks. One of the guys offered to pay for two of the other people at the table. Their total was $41.18 and he gave me $42. When I returned, I laid three quarters, a nickel, and two pennies on his his receipt and said, “82 cents is your change.” And no, I didn’t whisper it. As I walked by the table a little later, I noticed that he had picked up 81 cents and left one penny on the table. Also, he was chuckling and trying very hard to not make eye contact with me…. There have been many times in my life when I would have dealt with that sort of rage by playing out a little daydream in my head where I tell him exactly how big of a butt-munch he was, he threatens me, I make fun of his Ed Hardy T-shirt, he comes at me with a fork, and I deftly put him in a sleeper hold until he’s unconscious and the restaurant cheers.

I have killed a man with a penny before, and I will damn sure do it again....

This time, instead of my usual daydream that ends up with me using my non-existant judo skills and people cheering for me, I wrote a different story. Here’s the story I wrote: This guy grew up with an absolute jack-ass of a father who taught him a bunch of awful lessons. He never really felt love from his mom, who wanted a daughter instead of a third son. He offered to pay for his friend’s meals because he could feel them not liking him as he sat at the table. He left a penny tip and laughed about it, but none of the people sitting at his table thought it was even a little funny–They just felt sorry for this grown man who didn’t even realize that, by acting like a stupid child, he was dishonoring himself. It was a whole lot easier for me to have compassion for this moron after making up this story. Which made it a lot easier for me to forgive him. Which made it a lot easier for me to not imagine me throwing his effing penny at him so hard that is sunk into his fat head as he left….

This lady was in my driving class.... I love that she has a silencer.

The first time that I had heard about this whole “writing stories” thing was in the place that most people go to confront existential issues: Traffic School. I was sent there because I failed to “move over” after the “Move Over Law” was passed, but while I was there the instructor talked about Road Rage. She talked about how we write little stories about why people do the things they do on the road. Stories like “THAT BITCH CUT ME OFF ON PURPOSE!!!” Instead of this story, we could write a story that says, “Her son is in the back seat and has been stung by a bee. He is going into anaphylactic shock, and she is trying to get him to the hospital before he stops breathing.” Because, really, I don’t have any idea why that bitch cut me off, and if I’m making up stories, I might as well make up a story that doesn’t fill me with judgement and rage. I wonder how much time I have spent being angry about something I thought I knew, but I really had no clue….

And then I think about my Dad, who died nine years ago today. Well, I suppose most of him died two days earlier, but we removed his breathing tube on the 15th. How many of my judgements about my father’s failures were me making up stories? About which I actually knew nothing…. I know nothing about his childhood. I know nothing about what it’s like to lose both of your parents and one of your sisters in a car crash. I know nothing about the voices in his head and the demon that is addiction. And I know nothing about how much he loved Jesus despite his brokenness. And the same is true for you and the person you just can’t seem to forgive–So why do we continue to make up stories that leave us angry and hurt and bitter and sad?

So here’s this: It’s from an interview with a Buddhist monk and pacifist named Thich Nhat Hanh that appeared in Sojourners Magazine about five years ago (The article was called “Compassion, The Antidote”):

“Suppose you are angry at your father. Many people are angry at their father, and yet if they don’t do anything to change it when they grow up, they will repeat exactly what their father did to them. They will do that to their own children. That is why we have a wonderful exercise of meditation that has helped so many angry sons and daughters who come to Plum Village:

If you looked at the circles that are made by this woman's fingers, let me know.... I owe you two punches, to which I am entitled per the rules of an ancient playground game.