Gout, Pop, And Being A Quitter 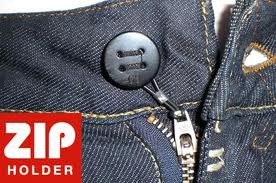 As soon as you need something like this, it's probably time to cut soda out of your diet.

I’m getting old. I make noises when I put my shoes on these days. Most of these noises are the natural byproduct of bending over while having a belly that is larger in circumference than the circumference of my pants. I’m pretty sure that much of this belly has come from too much soda (too much “pop” for my northern readers). I don’t drink coffee–not for any reason other than it tastes like what I imagine a combination of soil and horse piss would taste like after its temperature was brought to a tongue-scalding level. But oh, how I love the taste of Dr. Pepper. Or to a lesser extent Coke. Or the sweet, sweet flavor of Mountain Dew. When I was about twelve years old, my room was in the basement (where we kept the Pop in order to keep it semi-cold) and I used to wake up in the middle of the night and shotgun a room temperature Mountain Dew. Needless to say, my teeth are filled with so much metal that it makes the airport wand beep. 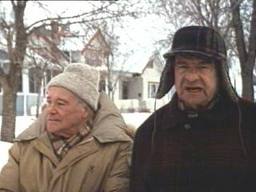 I'm basically a stone's throw away from this.

I’ve felt justified in my soda intake for the past few years because it was a means of getting caffeine inside of my body–And just about everybody else had the wake-up crutch of coffee, so I felt I deserved it. Unfortunately, my choice of crutch, in addition to leaving me chubbier than the dirty/hot/horse piss leaves its drinkers, also left me with a condition that sounds like the old-maniest thing in the world: GOUT. At least I think it was gout–my feat were hurting, a friend said his feat hurt in the same way because of gout, I looked it up on Wikipedia and saw that corn syrup can cause gout, and I self-diagnosed. I quit cold turkey and conquered my raging caffeine addiction. I medicated the headaches with unhealthy amounts of ibuprofen and ridiculous amounts water. I’m still drinking all kinds of water. The other day, I walked into the bathroom at work and there was a guy using the urinal, so I used the stall and this is how long I peed–The guy who was peeing in the urinal finished, washed his hands, a new person came in, peed, washed his hands, and left–all without so much as a break in the stream. It was epic. I was so proud I wanted to tell strangers about it, but then I realized that taking extra long pees is just another symptom of becoming an old man….

"Wait a second.... were these here when I left?" I was like a young Encyclopedia Brown.

As my head throbbed to the rhythm of caffeine withdrawal, I thought about my dad telling me that breaking the addiction to cigarettes was harder than alcohol or any of the other drugs he was addicted to. My mom smoked when I was young too–I was definitely the stinky kid in class, and I didn’t even know it. After my parents got divorced, my mom didn’t want me to know that she smoked, so she was secretive about it. I remember figuring out that she smoked when I came back from playing in the water at the beach and there were a bunch of butts sticking out of the sand right next to her beach chair. I was like, “What the the hell is this?” After years and years of smoking, she quit some years back…. It’s something for which I still beam with pride–Even with her stressful job, just deciding to quit for herself and her family. Absolutely awesome. 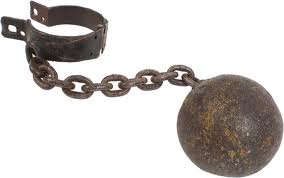 It's like this, only for your fingers. And your breath. And your soul. And (it turns out) your "Viagra target."

So I think that one of the best ways to insure that a kid hates smoking is to have two parents who smoke. I can remember trips with my dad where he would chain smoke and not even crack a window. In college, I remember seeing beautiful girls walk by…. and them seeing them bring a cigarette up to their lips, and just being so disappointed. I used to feel something that bordered on anger when I saw smokers, but now I just kind of feel sorry for them (not in a patronizing sort of way–I am great friends with a lot of smokers). Now I’ll see someone drive by me with their window rolled partway down in zero degree weather, and I’ll imagine their cigarette as a little chain tied to their fingers, keeping them in a sort of slavery.

It makes you stink. Seriously. You really, really stink. Everything about you–Your hair, your clothes, your hands, your car, and especially ESPECIALLY your breath. It doesn’t matter if you chew a piece of gum. When you do that, it just smells like smokey gum. Or gummy smoke. Either way, it smells gross and stale. And gross. Go take a shower.

You look like a douche. There are only about 1% of the smokers in the world who actually look cool while smoking a cigarette. Everyone else just looks like they are either trying way too hard to look cool, or they have, in some small way, given up on something important. Yeah, I know–You don’t care about how you look while you’re smoking…. But you know what? Yes. Yes, you do.

Smokers are litterers. You are. You all are. Don’t even act like you’re not. Every time I see a little red light fly out of a moving car, every time I see someone put out their smoke with their shoe, every time I look out the window of my car while sitting at a stoplight and see ten thousand cigarette butts on the side of the road–I am more convinced that smokers are the worst litterers in the country. It grosses me out when we’re at the beach and my kids find butts in the sand that aren’t their own. Stop littering.

You’ll have fewer wrinkles. It’s always sad to me when I see someone who is not currently smoking, but I am certain that he or she is a smoker because of the way their face is wrinkled. It gives your lips that dried out look. And no fashion magazine ever described something beautiful with the words “that dried out look.”

It’s so freaking expensive. One of my favorite things to see at the restaurant is when a drunk person asks if we have a cigarette machine and I tell her that we do. Right as she is starting to smile, I let her know that they are $8 a pack. It’s probably mean, but I wish that I could freeze that sweet moment where her inebriated excitement becomes sober disappointment.

You won’t have to hide it from your kids someday. Enough said. Also, you won’t turn your child into the stinky kid in class.

It will probably kill you. Or as least shorten your life. And we’ve all heard the whole “I’d rather burn out than fade away” thing, but all you have to see is one old lady wheeling around an oxygen tank to make that saying seem a lot less cool. Tobacco use is the biggest cause of preventable death in the United States. The WHO says that smoking could kill more than a billion people this century. And, as C. Everett Koop put it, “That equals the number who would die if a Titanic sank every 24 minutes for the next 100 years.

It gives you erectile dysfunction. Easily the worst of the dysfunctions. And the more you smoke the more likely you are to not…. take care of business. I guess that I could have filed this one under “You’ll have less wrinkles.” 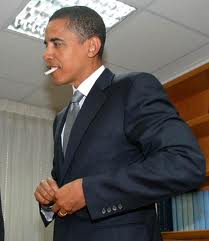 So yeah…. You should stop smoking. There are way too many good reasons to quit, and I didn’t even mention (until now) having whiter teeth, being able to breathe easier, not having to freeze your ass off in the winter, or not having to deal with snarky servers who laugh at you after they tell you that packs are $8. Also, it’s way too stinking addictive. I honestly wouldn’t have a problem with it if it were something that people just did every once in a while, but smoking seems to be one of those things that everyone who “only smokes when they drink” ends up addicted to. If you’re going to be addicted to something, it might as well be something awesome. Like blogging.

This entry was posted in 3) Bathroom Humor, 5) Not Quite Sure and tagged Caffeine, Erectile dysfunction, Gout, Grumpy Old Men, Mountain Dew, Quitting, Reasons to quit smoking, Smoking. Bookmark the permalink.

14 Responses to Gout, Pop, And Being A Quitter