I can’t seem to do either of these things….

That’s what everyone says, at least. If I ever mention something awful someone wrote in the Comments section of an online story, people are always like, “NO! Don’t read the comments!” But I still do. I can’t help it. Something in me cares about what is being said there. I think it’s that I’m hopeful. Hopeful that this story might be the one where people say things that are intelligent and kind, instead of things that are belligerent and hateful. Or, at the very least, maybe there will be a few people spewing hate and prejudice and lies, but THIS will be the one where the number of people opposing and standing up to the hate and prejudice and lies will dwarf the number of people giving those comments thumbs ups and likes and whatnots. I haven’t found it yet…. Maybe someday. 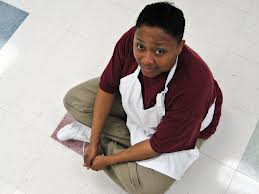 I read this amazing story the other day about a man named Bill Pelke who worked most of his adult life to free a woman from jail. That woman’s name was Paula Cooper, and when she was 15 years old, she murdered Bill’s grandmother Ruth Pelke (a crime for which she was sentenced to death, because at that time in Indiana, you could be as young as ten years old and receive the death penalty). Cooper was physically abused as a child, she was forced to watch her mother get raped, and she was a chronic runaway. Even though Bill Pelke initially supported the death penalty (her sentence was later reduced to Life in Prison after they changed the death penalty age to 16), he became convinced that his Grandma would not want this woman rotting away for the rest of her life in prison. Bill Pelke “begged God to give him love and compassion for Paula Cooper and her family,” he forgave the woman who stabbed his Bible teacher Grandmother 33 times, and after 27 years in jail, Paula Cooper was recently released (You can watch an interview with Bill Pelke HERE). I was inspired. The people who left comments were not impressed.

If you have ever read internet comments before, you can imagine the kind of garbage that was written at the bottom of that story. Everything from racist diatribes, to laments about Paula Cooper breathing the same air as us, to promises by people to “kill her myself if I ever see her.” And then, to top it all of, the places where you can vote comments up or down were about 4 to 1 in favor of the hateful comments…. It was discouraging, to say the least.

“I’ve had it up to here with internet comments.”

The comments section on the internet is the cesspool of humanity. A few weeks ago when Cheerios decided to have a biracial girl on their commercial and showed a white mother and black father, they had to disable the comments because of all the hateful and racist crap people were writing. Something has got to change. These things that people are writing are not without consequence–They affect us, and they make the world more and more cynical–but there seem to be no consequences for the people writing the comments. It’s terrorism of the soul. People file this sort of thing under “Freedom of Speech” or “Right to Privacy,” but I don’t think it’s that simple. We have the right to privacy and we have the right to free speech, but we do not necessarily have the right to private speech. This stuff is speech without accountability, and it can be as harmful as any false “Fire!” in a crowded theater. Free speech is not designed to protect some anonymous semantic sadist, spraying words like rounds from a machine gun, attempting to hit as many people as possible. Its the same reason a man in a pointy, white hood feels emboldened to say things he would never say if his identity were exposed. At least if you say something racist in person you have the risk of getting punched in the face…. These hate-filled comments are the linguistic equivalent of dropping bombs from a remotely piloted drone. 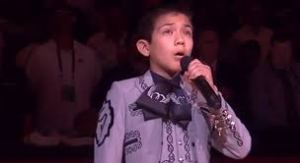 His name is Sebastien De La Cruz, he is 11 years old, and he seriously rocked the National Anthem.

I’m not saying that I’m against free speech. I’m not. Individuals have the right to speech that the listener deems offensive and even hateful–I’m saying that there should be accountability. There has to be some way to register people for internet comments and insure the things people write can be traced back to a real person. So if you decide to write something so offensive and hateful that it makes the rest of us question whether there is any good in the world, maybe that comment is going to get back to your boss. Or your employees. Or your board of directors. This is a bit of what the Public Shaming Tumblr attempts to do–manufacture accountability for people’s words (Here is a list of offensive tweets about the Mexican-American boy who sang the National Anthem during the NBA Playoffs). The whole “Sticks & Stones” saying is full of crap–Words can hurt just like stones, and if you are going to be throwing those sorts of stones on the internet, you don’t have the right to do it from behind an anonymous white hood. 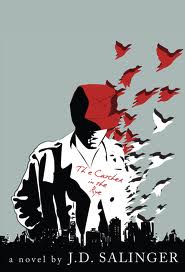 Still my favorite book ever.

On the way home from a recent trip, we stopped at a gas station in the middle of nowhere to take my kids to the bathroom. In the bathroom, written in very large letters on the door, were words that no kid (or adult, for that matter) should ever have to stumble upon. I thought of The Catcher In The Rye‘s Holden Caulfield trying to erase all the “Fuck you’s” in the world, but knowing there were just too many of them. I know we can’t get rid of all of them, but part of the reason we are part of a community is to keep each other accountable. I don’t have the skills it takes to create some sort of internet registration that verifies people’s identities before allowing them to comment, but someone does. If somebody could come up with a way to do this, that would be great. The conversations and discussions that can happen online can be good things, but lack of accountability aids those who only want injure HOPE. And that is a dangerous thing. If we are all going to be using the same bathroom, we might as well work together to keep it clean. And if not clean, we can at least try to point out who is putting all the crap on the walls….

16 Responses to Don’t Read The Comments