What To Do When It Snows In The South

Really, the only reason I’m watching The Oscars is to hear Idina Menzel sing “Let It Go.” Then Travolta’s toupee attacks his brain and he introduces her as Adele Dazeem….

I grew up in Michigan, but I’ve lived in Tennessee for about fourteen years. As I sit here right now, I’m doing three things: I’m watching bits and pieces of The Oscars, I’m trying to write this blog, and I’m checking now and then to see if my kids’ school is going to be closed tomorrow. It’s just raining right now, but the temperature is supposed to drop below freezing at some point this evening, turning the rain to ice and snow. In all likelihood, by the time I finish writing this post, school will be canceled. 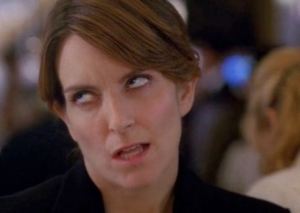 You call that snow?

A few different times this winter, snowfall in the south has made national news. Almost a month ago, all of Atlanta (and many other cities in the south–not Nashville for some reason, but everywhere around it) was brought to its knees by an amount of snow and ice that probably looked to most people–especially those who live in states where snow is common–like just a little bit. And just about every time the forecast calls for snow in the south (and sends everyone running to the stores to clear the shelves of all their bread, milk and toilet paper), the same response comes from the snowier states: “Oh give me a break….”

When I was a kid, they didn’t cancel school for ANYTHING. This was learnin’ weather, right here….

When I moved here, I thought the same thing. One of the first winters I spent here in Nashville, a light snow started falling a little after nine in the morning. I left my apartment at about 9:30, pulled out onto a relatively residential street, and I was met by a long, stationary line of what I immediately decided were stupid southern drivers, and I thought to myself, “Oh give me a break….” In Michigan, there were days that I had to drive to school in snow that was so deep ON THE HIGHWAY that I could feel it hitting the bottom of my car as I drove. I just tried to stay in the tire tracks and follow the red lights in front of me…. There was maybe half an inch of snow on the roads that day. These people obviously just didn’t know how drive in the snow (by the way, school just got canceled for tomorrow). 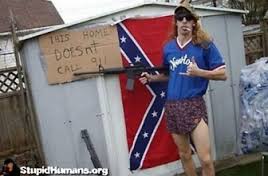 Honestly, I think I imagined this guy driving each of those cars.

So I passed them. I passed them in a non-passing zone and drove past about 50 cars to get to my turning lane up ahead. Stupid idiots. No one was coming from the opposite direction anyway. My tire slid just a bit, but really…. Give me a break–I had new tires. I started to suspect that there might be more to the situation than I had thought when I turned left and saw three or four cars in the ditch. But I reassured myself, “Nah. They’re just stupid southern people who don’t know how to drive in the snow.” The traffic was stopped up ahead of me, so I decided I would take a shortcut up a small hill. It wasn’t very steep at all, but I noticed I had started moving a little slower. Then even slower. And slower. I was barely moving, so I applied the brake and came to a stop. I finally started moving again. Backward. The thick snow had covered my back window so I couldn’t see what was behind me, but with my foot on the brake, I started sliding backwards down the hill. It even felt like I was picking up a little speed. And I thought to myself again, “Oh give me a break….” but this time in a different way. My car spun to the side and slid about 30 yards, and the only I came to a stop was because I ended up in someone’s yard, and their grass wasn’t as slippery as the road.

These are just some of the cars that had been ABANDONED in Atlanta. People do not leave their cars in the middle of the road for nothing.

I write this because tomorrow, someone somewhere is going to post a picture of the snow on Facebook or Instagram or somewhere, and some jackass is going to say something about how “they don’t even know what snow is,” or some crap like that (On a side note, as I wrote that last sentence, a siren went by). Inevitably, some know-it-all blowhard will say, “You closed school for THAT?!? Oh, give me a break…” People think it’s a joke, but it’s not. When that snow fell in Atlanta, people left their jobs at 4:00 and didn’t make it home until the next morning. Kids were stranded overnight at their schools. Parents were worried sick. The south does not have the infrastructure to deal with weather like this. People abandoned cars on the highway, slept in gas stations, walked for miles in freezing weather…. People died. That’s not funny. It is not a joke. 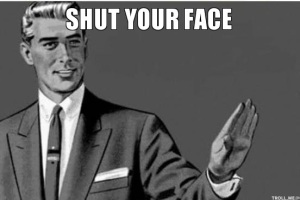 So to the Me of 14 years ago and any other know-it-all’s out there, here’s what I want you to do–Tomorrow (or it’s probably today when you’re reading this) if you see a friend who lives in the south post a picture of the snow, or post a status about how bad the roads are, or say something about how school is canceled because of an inch of snow, before you say “Oh give me a break….” or make some snide, patronizing comment, try this instead: Get a piece of paper. Make a list and write down all of the smart, condescending things you can think of along the lines of “Oh give me a break” or “Stupid southerners don’t know how to drive in the snow.” Then, what I want you to do is take that piece of paper, roll it up as tight as you can, and then cram it. You have absolutely no idea what the hell you are talking about. Do everyone a favor and shut up.

This entry was posted in 5) Not Quite Sure and tagged Driving in the snow, Frozen, School Cancelations, Stupid Southerners, What to do when it snows in the south. Bookmark the permalink.