Posted on November 4, 2016 by theboeskool

Whenever there is yet another mass shooting in this country, there is this period of time–the time AFTER the news of the shooting breaks, but BEFORE the announcement of the description of the shooter–where I feel this deep sense of uneasiness. I felt that feeling again recently as news broke of two police officers in two different locations near Des Moines, Iowa who were shot down and murdered as they sat in their cars. I mean, there are all sorts of things that go through my head when I hear news like this: I think of the officer’s families, I think about other officers on duty with someone walking around targeting cops, I think of the insanity that is our gun laws… But one of the first things I think about is wondering what the person doing the killing LOOKS like. After hearing about this shooting, I thought, “Please, don’t let this person be a black man claiming some sort of connection to the Black Lives Matter movement.” And I thought, “Dear God, don’t let the shooter have a Muslim-sounding name.” So it came as somewhat of a relief when I heard that the suspect they had in custody was named Scott Michael Greene, and he looked like this: 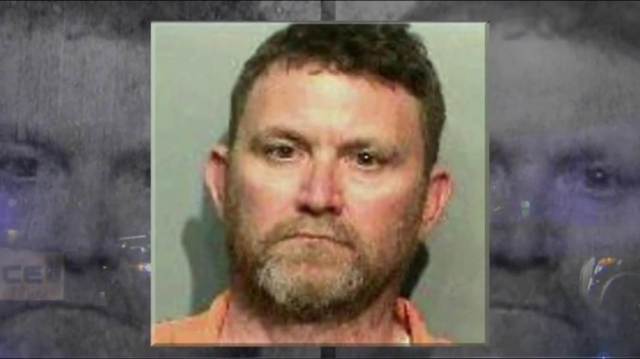 Looks like me… Only I’m way more bald, handsome, and happy. And way less murdery.

Consider that for a moment. I was relived that the shooter was a white man–Well, he IS a white man. Strange how we seem a lot less likely to need to use the past tense when the shooters are white… For some reason, they always manage to bring them in alive–Even when they are KNOWN to be armed and dangerous–Even when they have killed multiple people–the authorities bring them in alive, and give them a nice, fair trial. But somehow, black folks pulled over for a broken taillight keep getting killed for reaching for their wallets a little too fast. Anyway, the shooter IS a white man. He is just a bit older than me. We both have beards. Man, even our BEARDS are similar… We both have some reddish color, and we both have a little bit of grey in the chin. And they didn’t mention it, but I’d be willing to bet this guy identifies as a Christian. And even with all those similarities, I didn’t even CONSIDER the possibility that people might look at me differently because I look like this killer: White guy, in his 40’s, Christian, reddish beard with grey in the chin. Now THAT’S privilege.

Relieved. That’s how I felt. I didn’t want the tragic murders of these men to be fuel for ignorant people to have even more of a reason to hate people who are different than them. But a lot of people jumped the gun, and started blaming Black Lives Matter as soon as the news came out that these officers had been shot. 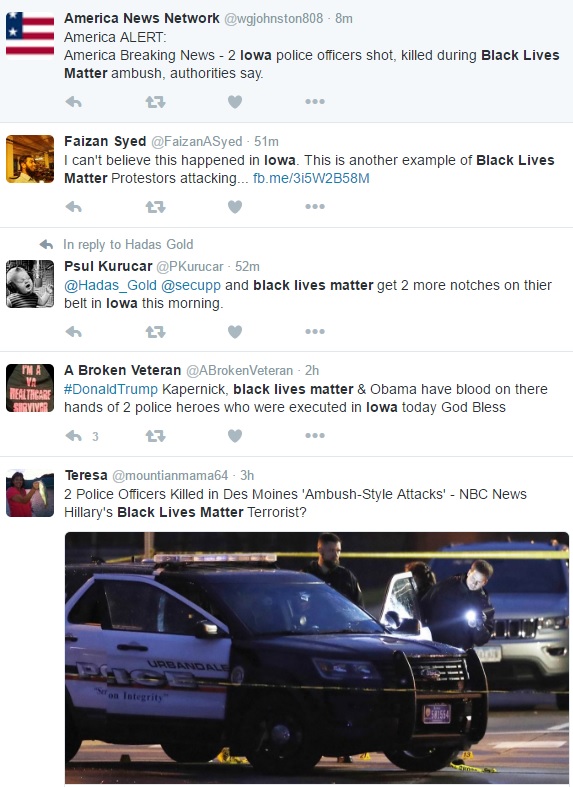 But, of course, it wasn’t a Black Lives Matter protester. It was a person fitting the description of the vast majority of mass shooters in the country: A person who looks like me. White. And male.

Imagine–JUST IMAGINE–the reaction that there would have been if the killer’s name had been TYRELL Michael Green… EVERY black man and woman would have paid the price  for these killings in some way. And even though one of the few things all Black Lives Matter groups share is a commitment to non-violence, I want you to IMAGINE the reaction if the killer had claimed to do what he did in the name of BLM. There would be talk of WAR. Or if someone claimed this killing had something to do with Islam, how many people would just file this away as “proof” that Islam is a religion focused on killing people, instead of a religion of peace?

But when the killer is a white guy, we don’t make those kinds of leaps… We just assume he must be “mentally ill.” When the killer claims to be a Christian, we don’t start accusing Christianity of not being a “religion of peace,” or talking about putting “a moratorium” on anymore Christians entering the country… We just assume he’s not a “real Christian.” That’s one of the perks of being white in America: When a criminal looks like you, he’s a “lone wolf,” but when he looks like “them,” he’s proof that your fears and prejudices are warranted.

A couple weeks before Scott Michael Greene decided to murder two separate police officers as they sat in their cars, he had a run in with two other officers. He was upset when he heard that some local high school football players were taking a knee during the national anthem, so he went to a game and started waving around a confederate flag. He was asked to leave by school officials, and when police got involved, he got out his phone and took this video… saying they were infringing his 1st Amendment rights. Watch it here:

Now that he has been identified as the shooter, his video is now peppered with over 1000 angry comments, but if you go down far enough in the comments, Greene himself writes about why he was upset. Here is a screen capture of his comments: 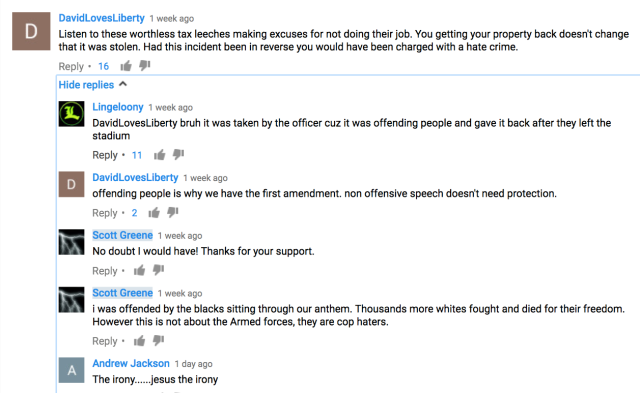 Just in case you’re reading this on your cell phone and that print is too small, he wrote, “I was offended by the blacks sitting through our anthem. Thousands more whites fought and died for their freedom.” Then, a week before killing two cops as they sat in their cars, he wrote, “However this is not about the Armed forces, they are cop haters”  (On a side note, I’ll give you one guess as to who Scott Michael Greene was supporting in this election… As well as every Twitter account but one who prematurely and FALSELY claimed that these murders were committed by someone with ties to Black Lives Matter). And here we are, only two days removed from the ambush killings of two white police officers, and the story is already fading from the headlines. But I guarantee you this story wouldn’t fade so fast if a black man had killed those officers. You’d see his black face on every news channel. And they would mine every bit of his social media presence to find even a HINT of racial anger… And then racist people everywhere–already upset over Beyoncé singing on the CMA Awards–would fan the flames of anger and fear, and allude to a “race war.” But never mind, never mind… It wasn’t racial–It was a WHITE guy, right? He was probably just crazy. Cue talking points about mental health, needing more “law & order,” “guns don’t kill people–people kill people,” etc…

But this WAS racial. It was a racist, confederate flag waving man, who has had MANY run ins with law enforcement, was known to call people “niggers,” who was upset about “the blacks” not standing for the anthem, and then very angered that some white police officers made him and his confederate flag leave the football game. Angry enough to kill people, it seems… 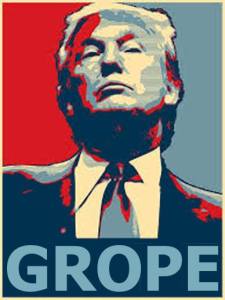 Here’s the thing: If you want to be afraid of someone, stop making it about what they look like, and consider what they believe. The real danger is an ideology of “Do things my way, or else.” And this is the main reason Trump supporters scare the actual hell out of me. It’s not because I need a “safe space” or “trigger warnings.” It’s because they tend toward “Authoritarianism,” which is the belief that we need to enforce strict obedience to authority–especially that of the government–at the expense of personal freedom. They follow a man who idolizes Vladimir Putin, who intimidates, imprisons, and kills people who are critical of him. They follow a man who wants to make it easier to sue the press if they write something he doesn’t like. They follow a man who encourages people at his rallies to “knock the crap” out of protesters, and offers to pay for their legal fees. They follow a man who hints at “second amendment people” taking care of Hillary Clinton. They follow a man who claims that the election is rigged and the polls are fake when his numbers are down, but has no problem with those numbers when they show him gaining. And all it takes is a little bit of stupid to transfer that kind of rhetoric into actions like this Trump supporter who planned a mass shooting at a Mosque. Or the actions of these Trump supporters who are doing arms training in their militias for how to fight back if Hillary becomes president. Or the actions of a Trump supporter like Scott Michael Greene. 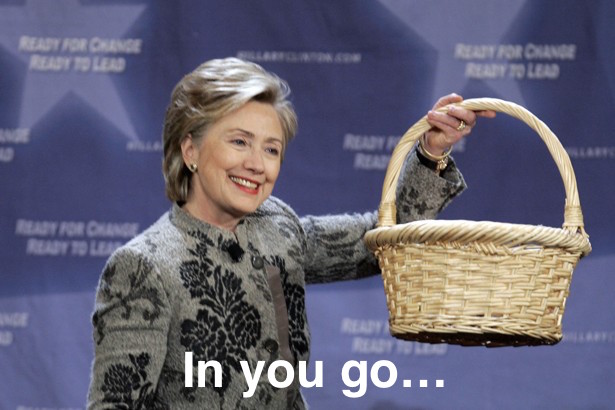 Deplorable is as deplorable does.

Vote. Vote, vote, vote, vote, VOTE!!! Don’t get discouraged. Don’t get despondent. Don’t get depressed. VOTE! If you feel yourself getting angry, let it turn into fuel that you spend on doing what you can to help. If you (like me) are so tired of sounding like a broken record, remind yourself that there are only four more days. Do not be so overcome with sadness that you don’t take a stand against this awful, awful man. And then, whatever happens after November 8th, there is going to be so much work to do either way. All over the world, there is a rise in authoritarianism. In Russia, with the Brexit vote, in Turkey with them jailing thousands of teachers, professors, and journalists… If America is worth a shit, it must stand against it. Trump’s overt channeling of anger against journalists is SO DANGEROUS. It is not an exaggeration to say that if we allow a leader like Trump, something like this blog might soon get me thrown in jail. VOTE! Take your friends to vote! Don’t give up!!!

This entry was posted in 2) Politics, 5) Not Quite Sure and tagged Basket of Deplorables, Black Lives Matter, Des Moines Shooting, Motive for killings, Racism, Scott Michael Greene, Trump. Bookmark the permalink.