Hurricane Florence and The Will Of God

As Hurricane Florence bears down on the Carolinas, once again I am seeing posts all over social media about prayers — Prayers for safety, prayers for “calming the storm,” prayers that God would somehow miraculously change the course of the hurricane. At a church I used to attend, there were people known as “Prayer Warriors.” These were people who were “full of faith” who prayed boldly and fervently, convinced that God was not only listening to their prayers, but was POWERFUL enough to respond to those prayers with action. The foundation belief behind this is that 1) God is in control of everything, and 2) Our prayers can change God’s plans.

So if God sends a hurricane our way, if enough people petition The Almighty — people full faith — God is able to “move the mountain” that is heading toward us. 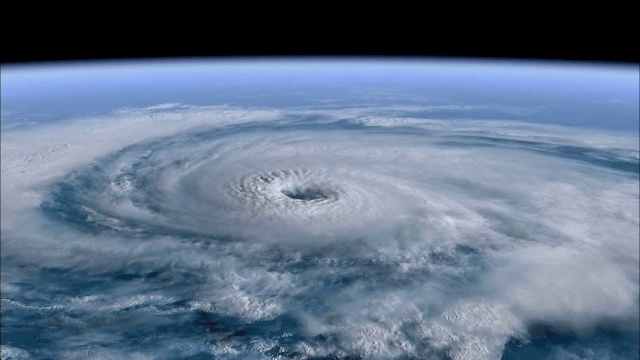 This photo is obviously faked, because — as we all know — the world is flat, and satellites which take pictures from space are #FakeNews.

If you are a long time reader here, you probably already know how I feel about this issue. I have written about this general topic before (Prayer and God’s Will). A couple years ago, I wrote a post titled “God Had Nothing To Do With This.” If you haven’t read it before, you should. And after my wife was diagnosed with cancer, I wrote a post titled “Fun With Cancer” about “the God who CAN but WON’T.” It is also worth a read (if I do say so myself). You might be wondering why I keep coming back to this. You might be thinking, “What difference does it make? Why do you care? So what if people believe that their prayer circles are making people safer? Let people believe that their prayers have and actual EFFECT on the outcome of this storm. Let them believe in “The God Who Is In Control Of Everything.”

Here’s why it matters: Because “The God Who Is In Control Of Everything” is a MONSTER. And the more powerful God is, the more monstrous God becomes.

Imagine that I threw a football at a little kid… Imagine that I threw it pretty hard. The more control I have over that situation, the more awful I become. If I’m just throwing balls in random directions, and one just happens to hit a kid, that’s one thing… But If I’m able to throw with pinpoint accuracy, and the football smashes the kid’s face, that’s on ME. Now imagine I am ABLE (fast enough and powerful enough) to run while the ball is in the air and stop it from hitting the kid’s face… Imagine I hear people — both friends and parents of the child — PLEADING with me to change the ball’s course (something I could easily do) but I just decide to NOT intervene. What does that make me? I’ll tell you what it makes me… It makes me an asshole. And what the people pleading with me SHOULD be thinking about is this: Why in the world are they expecting a last-minute intervention from the one who threw the ball at the kid in the first place?

And that is why it matters. That is why I want to rain on people’s churchy parades every time I see them post stuff about “Prayers for safety” for people in the hurricane’s path. Because the god you’re praying to is the same god who threw the damn storm at those people! And when you mix this Bad Theology of A Monstrous God with the unwavering belief that God is GOOD, you can see how easily we can end up with confused people who believe that Monstrous is “Good.” Cancer? God’s will. Terrorist attack? God’s will. Trump? God’s will. Deadly hurricane? God’s will. People so desperately need God to be in control of everything that they are willing to turn God into a monster to have it. And when people believe that Monstrous is “Good,” it has real world consequences.

This data visualization by @anttilip of temperature anomalies by year paints a very clear picture. Climate change is real and it is a major threat to security, prosperity, and humanity. Science should not be partisan. pic.twitter.com/i1hc8SEaRF

This issue is one known as “Theodicy.” Theodicy is often thought of as the question of why God permits evil… But even the word “permit” presupposes that God is in control of everything (evil, cancer, hurricanes, etc…). Theodicy is the attempt to vindicate divine Goodness with the existence of evil and the notion of divine providence. Prayer is inexorably tied to theodicy… Especially prayer in the face of destruction and natural disasters. And how we attempt to reconcile these things determines what kind of God we believe is at the heart of things. Is the unifying force in the universe a benevolent Goodness and Love? Or is the unifying force in the universe an All-Powerful Indifference  who CAN, but WON’T? Because either God is Good and less strong than most people think… Or God is Omnipotent and Monstrous. And at times like these — with a giant hurricane heading toward our eastern shoreline — I choose to believe the FIRST one is true. I find it both more comforting, more consistent, AND more beneficial to society as a whole.

Hi there! If you value this blog, and you’re feeling generous and cool, you can help support it. You can either BECOME A PATRON and give a little bit every month, OR you can LEAVE A TIP on PayPal. I work at a restaurant, and people give money all the time for bringing them some food or a bottle of wine… I guarantee I worked harder on this than any server worked bringing for food. Either way, thank you so much for reading this. You should follow me ON FACEBOOK and ON TWITTER. And if you want to shake the cage a little, share this post as a comment when people are inadvertently crediting God with the destruction that is about to hit the Carolinas. Take care of each other… and for the love of God, VOTE!

This entry was posted in 1) Jesus and tagged Cancer, Climate Change, Faith, Global warming, God had nothing to do with this, God's Plan, Hurricane Florence, Natural disasters, Omnipotence, Providence, Sovereignty, The will of God, Theodicy, Theology, Thoughts and Prayers. Bookmark the permalink.

18 Responses to Hurricane Florence and The Will Of God