Posted on January 9, 2020 by theboeskool

Yesterday the moron who is currently the president of the United States of America stood in front of a microphone, and he slurred and sniffed his way through a rambling mess of a speech about Iran…

58 times. He sniffed 58 times during his address. Here are all of them. pic.twitter.com/GoAIfsfdLd

For those of you who haven’t been following along closely at home, here is a brief timeline of how Trump got us into this mess:

For those of you that weren't alive when 8 track players were around. This is what it sounded like when a player ate the tape. pic.twitter.com/TXRqJHo6VH

Try to imagine another country pulling out of a treaty with us, assassinating one of our Joint Chiefs, and then not only claiming that action “deescalated tensions” with us, but then having the gall to talk about us coming to the table for a new deal. Only a narcissist of a truly staggering degree could order an illegal assassination, threaten war crimes if they retaliate, do nothing while watching them fire 15 ballistic missiles at U.S. bases & inspire an Iraqi vote to kick us out of their country, and then somehow claim it as a win.

But this is what he does — He starts fires, and then he thinks he deserves credit for trying to put them out… Meanwhile, the whole rest of the world is looking at us saying, “Y’all realize you’ve got an arsonist leading your country, right?” The president cannot be both the arsonist AND a firefighter.

We saw this same pattern when he forced the longest government shutdown in U.S. history, and THEN acted like he needs to be congratulated for ending the shutdown that HE CAUSED. He is a rooster taking credit for the sunrise. He causes a crisis for farmers with his stupid tariffs, and then tries to act like a hero for giving farmers financial assistance (AKA “socialism”). This is along the same lines as someone poking you in the eyeball over and over, and then expecting a “thank you” when he decides to stop. No. You don’t get a thank you. My eye hurts because of you. You moron.

Trump is a toddler who shits his pants, and then — after being tossed in the bath tub — thinks he deserves a prize for having a clean bum. But someone else is out there washing his dirty drawers… And a lot of those stains aren’t coming out.

It would be like getting your frank & beans caught in your zipper, and then somehow taking credit for not bleeding that much on the floor of your prom date’s bathroom… 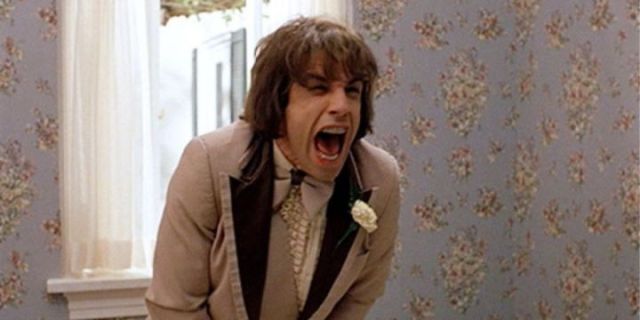 “Well how the hell’d you get the beans above the frank?!?”

He doesn’t get to be both the arsonist AND the firefighter. And the really troubling thing is this: He starts most of his fires to take attention away from the OTHER fires he has started. And before too long, everything’s on fire, and we’re wondering, “How the hell did we get here?”

Seriously though… How the hell did we get here?

HEY! Thank you so much for reading. If you value this blog and my writing, it would be super cool if you became a Patron. If everyone who regularly read this gave a dollar or two a month, it would help me take care of my family. You can BECOME A PATRON HERE. If you’d rather just leave a tip for a job well done, you can do that ON PAYPAL. You can also follow me on Twitter and on Facebook. But, for real though… How the hell did we get here? Speaking of which, make sure you are registered to VOTE!

This entry was posted in 2) Politics, 5) Not Quite Sure and tagged 15 ballistic missiles, Frank & beans, How did we get here?, Iran, Iran Nuclear Deal, Iran timeline, Putin's Puppet, Russia, Soleimani, The arsonist & the firefighter, Trump slur. Bookmark the permalink.