Coming Out Against The “Don’t Say Gay” Bill

Posted on February 1, 2013 by theboeskool

With a nickname like the “Don’t Say Gay” bill, you might be inclined to think that this piece of legislation was attempting to do something noble…. Like encouraging kids to stop using the term “gay” to describe something that think is stupid or worthless–much like the campaign to get rid of the R-Word. The truth, however, is far from noble. It is also far from funny, far from loving, and far from sane. 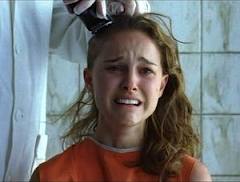 The actual name given to this bill is the “Classroom Protection Act” (You can read the legislation HERE). Basically, what it does is it makes it illegal for school personnel (pre-K all the way through 8th grade) to discuss homosexuality in any way. An older version of this bill died in last year’s General Assembly because it received some embarrassing national attention, and they decided to not vote on it (rather than have a vote that would force the majority republicans to choose between voting for an unpopular bill, or making it seem like they were voting for teaching about homosexuality in our schools–a classic GOP Catch 22). This new version allows for School Counselors, Nurses, Principals and Vice Principals to answer “good faith” questions from students about human sexuality, and even provide counsel to a student “who is engaging in, or who may be at risk of engaging in, behavior injurious to the physical or mental health and well- being of the student or another person [read: being gay]; provided, that wherever possible such counseling shall be done in consultation with the student’s parents or legal guardians. Parents or legal guardians of students who receive such counseling shall be notified as soon as practicable that such counseling has occurred.”

Now, if that seemed a little too legal and obtuse, here’s the short version: School employees wouldn’t be allowed to talk to kids about anything that has to do with homosexuality (or “inconsistent with natural human reproduction”). They could, however, answer questions a kid had about being gay, but if that takes place, if a kids comes out to them, or if they observe a kid doing anything gay, they have to notify the parents as soon as possible. Even shorter version: THIS BILL WOULD MANDATE THE OUTING OF AN LGBT STUDENT TO HIS OR HER PARENTS! 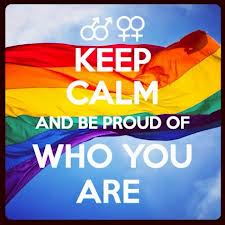 Adolescence is hard enough to go through when you’re straight. For a kid trying to navigate adolescence while dealing the complex situation of being LGBT–all while dealing with a family that gives no signs of acceptance–this time can literally kill you. LGBT youth are four times more likely to attempt suicide than straight youth. The Suicide Prevention Resource Center estimated that between 30% and 40% of LGBT youth have attempted suicide. They are also more likely to use drugs and alcohol, and studies show that up to 40% of homeless teens are LGBT. I work in a building that has a place for homeless teens to stay, and many, MANY of these kids are LGBT kids who have been alienated or abandoned by their families as well as their faith communities. Today, while I was ranting about the insanity that is this legislation, a friend of mine who is gay told me that the person he came out to was his school counselor–that his family was not even close to being ready to hear it…. If this law is passed, it will make it so that LGBT kids have one less person to talk to about what they are going through. And they need as much non-judgmental, compassionate help as they can possibly get.

And you CAN help them!

Here’s one thing you can do: It will only take a couple minutes. Go to this website: http://www.capitol.tn.gov/legislators/, enter your address to find your state representative and your state senator, and then give them each a call.

There are a whole lot of conservative people in the Tennessee House and Senate right now…. There are so many that even if all Democrats refuse to show up to vote, they can still push through whatever legislation they want…. But they are not all morons. Please use your voice to let them know that this bill is not okay with you. You can make a difference! 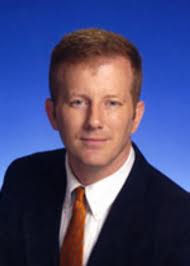 Stacey Campfield. If this face doesn’t make you want to get involved, then I don’t know what to tell you….

Some of my non-Tennessean readers might be thinking “What can I do to help?” Well, here’s what I was thinking: The person’s name who has introduced this bill is Senator Stacey Campfield. He is a Tennessee State Senator from Knoxville–The city that was recently voted the “Most Bible-Minded” city in the nation…. Whatever that means. Stacey Campfield is a man who last year said, “My understanding is that it is virtually—not completely, but virtually—impossible to contract AIDS through heterosexual sex…very rarely [transmitted],” adding, ”What’s the average lifespan of a homosexual? It’s very short. Google it yourself.” What I thought you could do is just call him up and tell him what you think of this legislation. His office number is 615-741-1766. I’m sure he wouldn’t mind getting some feedback from people in other states. Ask the person on the phone to explain why the party of “We don’t want a nanny state telling us what to do” is the one attempting to push this garbage through. Tell him that a kid coming out is not “behavior injurious to the physical or mental health and well-being of the student,” regardless of what he believes about heterosexuals not being able to transmit HIV. Tell him that the bill he wrote hurts an already vulnerable population, and if he want’s to write something that will help kids in Tennessee, he should start with a letter of resignation.