“Boys Will Be Boys,” and Other Bullshit 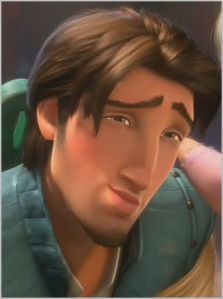 When I was growing up, all the girls called me “Chris,” but all the guys called me “Bosko” (My last name distilled down to its base ingredients). Then came college, and as I met all those new people, some of the girls I met started calling me “Bosko” as well…. Apparently, they didn’t know the rule. So I would inform them–“You can call me Chris.” But some were persistent with calling by my shortened last name…. Defiant even. You see, in my head, every female I encountered was a possible romantic encounter, and a hook-up seemed less likely with a girl who was calling me “Bosko.” You know what? (and I am not at all proud of this) It wasn’t just in my head–I would say it out loud. I would actually explain to a girl I had just met that the reason she was supposed to call me “Chris” was so that it wouldn’t be awkward if we ended up dating later. And most of them would not even say anything (to my face, at least) about how much of an ass I was being. Some girls–the stronger ones–would be like, “I think I’ll stick with just calling you ‘Bosko.'” 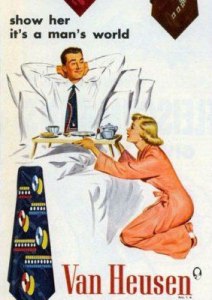 Yes, sometimes I wear a shirt and tie to bed…. Kindly get me a sandwich.

Have you ever noticed how sometimes people use lack of eye-contact as a defense mechanism? It happens in a lot of situations. Maybe you’ve tried to get a bartender’s attention before, and you might’ve noticed how they seem to be intentionally not looking at you while they are doing other things (you’d be right, by the way–it IS intentional). Most of us have done it ourselves. Like me, you’ve probably walked through a mall before–just trying to find The Apple Store… Alright, fine, it was Hot Topic… and you can just FEEL a person at one of those kiosks trying to make eye contact with you so they can say “May I talk to you for a moment?” and then squirt some freaking lotion in your hand, try to sell you some $.50 hair thing for $10, or peddle their crappy cell phone cases. If you have ever been lassoed into one of these awkward kiosk conversations before, chances are good you probably know what it’s like to try very hard to avoid eye-contact with someone as a way of protecting yourself. It’s annoying as hell trying to navigate your way through the mall without catching the eye of one of those kiosk people every 15 feet….

Now imagine having that same sort of annoyance every time you step outside of your home. 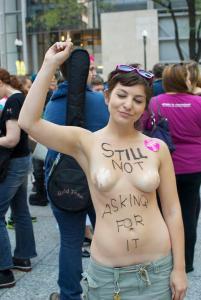 Just in case you’re a guy who doesn’t notice the writing, it says, “STILL NOT ASKING FOR IT.”

The other day a girl was walking toward me–I say “girl” because she seemed about college-aged, but I guess “young woman?” Anyway, I was being my normal, smiley self–I’m usually a pretty friendly dude when I’m out in public. When I’m walking around, I’ll generally smile at people, look them in the eye, maybe say “Hello” or “How’s it going?” But this day (as sometimes happens) I could feel this girl going out of her way to NOT make eye-contact with me. And for the past couple days, I’ve been thinking about this phenomenon–Girls avoiding eye-contact with guys they don’t know with the same fervency that I avoid eye-contact with a kiosk workers. Imagine walking around feeling like every guy you saw was going to possibly try to hard-sell you a cheap watch if you looked him in the eye.

Now, I’m not sure it this is happening everywhere, or if I’m just looking creepier and creepier these days (doesn’t have to be an either/or situation–very possibly both), but this is something really disturbing that I honestly haven’t spent too much time thinking about before now. When this young woman avoided my eyes–like some busy bartender–part of me felt a little offended. I wanted to assure her that I wasn’t a threat to her. I’ve felt a lot LESS threatening since I’ve been married (In a “Good news, ladies! I don’t care if you call me ‘Bosko’ anymore” sort of way–Groan). I wanted to show her my wedding ring… or remind her that I’m old enough to be her dad… or say something that conveyed, “Don’t worry–I’m not trying to have sex with you,” but not in those exact words. Unfortunately, “Married” or “Old enough to be her dad” does NOT necessarily equal “Not trying to have sex with you.” 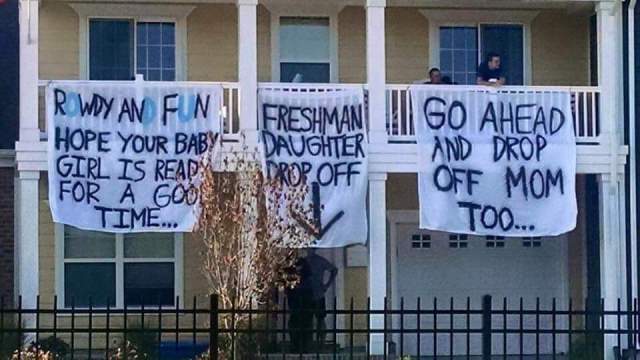 So why am I writing this? I guess I’m just coming to more of a realization of how lame it can be for women to be around all these men. I don’t consider myself particularly pig-headed when compared to other guys, but there was a significant time in my life where I actually tried to make women address me in a way that kept open the possibility that we might one day hook up. I wonder how many other guys are walking around, not looking at women as fellow human beings–with ideas and goals and lives of their own that are worthy of respect–but instead diminishing them to just another possible sexual partner. And I wonder how many young women, after years and years of encountering males who look at them in this way, feel like it’s just easier to keep their heads down.

She should smile more…

Because a lot of the time, making eye-contact with a man leaves a woman in a no-win situation. Once eye-contact is made, the woman has to decide whether she is going to smile and be friendly (which is interpreted as “She’s totally into me and giving me permission to talk to her”) or whether she is going to keep an uninterested stone-face (which is interpreted as “She’s a snob who thinks she’s better than me. What a bitch!”). We already make women try to walk this impossibly narrow, sometimes imaginary line between Professional & Playful, Youthful & Experienced, Sexy & Slutty…. They’re supposed to be athletic but not too muscular, attractive but not out of reach, assertive but not “bossy,” ethnic but not TOO ethnic, skinny but not TOO skinny, successful but not so much that she doesn’t NEED me, and on and on…. Add to all this some stranger looking at you, and being faced with the choice of coming off as being “into him” or being a bitch. Given all that, it makes perfect sense to keep your eyes down and avoid the whole situation. It’s part of the reason celebrities wear dark sunglasses…. 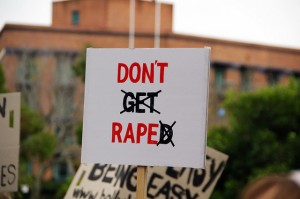 Rape Culture is a real thing. And it doesn’t get solved by teaching our girls how to not get raped–It starts with teaching our sons to not objectify our daughters.

And I know this isn’t a problem that all women face… Not to the same degree, at least. Some women are okay being like, “Yeah, I could give exactly zero shits whether you think I’m a bitch or not. Deal with it.” Some enjoy the confidence it takes to walk up, tell a girl she’s beautiful, and ask her out. None of this stuff is simple–I can tell you this was a hard thing to navigate as a single guy. And I’m not trying to turn men into overly-sensitive, tentative little waifs who never take risks…. But there are many girls out there who are shell-shocked by the constant barrage of men in the world who are looking at them like a kiosk worker looks at a lady with a credit card. I have two beautiful daughters, but their beauty has WAY more to do with WHO THEY ARE than it has to do with their looks. I’d rather not have my girls walking around in a world that teaches them it’s easier to keep their eyes on the ground than it is to risk guys like me in college (and beyond) reminding them at every moment that their worth is tied up in how attractive and desirable their bodies are judged to be. Maybe it’s time men started keeping their own eyes down. 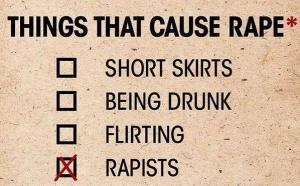 Or E… A glass of wine with Bill Cosby.

Because really, this isn’t a female problem–It’s a human problem. For most of human history, if boys are focusing too much on a girl’s body, we have been telling girls they need to change their clothes. We use bullshit phrases like “Boys will be boys,” and we ask bullshit questions like “What was she wearing?” We tell all these cultural fables about masculinity that are a stone’s throw from the stories they tell in some cultures that end up forcing women to wear burkas.  And this is not political correctness run amok–It is simply treating people with respect, regardless of whether they have a penis or a vagina. We are sexual creatures, but we don’t have to lead with that. It’s okay to be attracted to someone…. It’s not okay to interact in a way that sexualizes an entire gender. Our sexuality is a part of us, but it is not the most important part. We need to do a better job of teaching our boys that they are not controlled by their desires.

So here are some things we should be teaching our daughters to insist on, and teaching our sons to live out. Guys, please remember…. 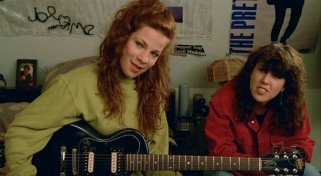 Got this from Buzzfeed. My daughters are going to know that they don’t owe anyone a smile.

So there you have it…. I probably missed a lot, and I probably got a lot of stuff wrong, but that’s my take on it right now. If you have some more good things for guys to remember, please write them in the comments.

This entry was posted in 3) Bathroom Humor, 5) Not Quite Sure and tagged "Boys Will Be Boys", Avoiding Eye-Contact, Misogyny, Rape Culture, Sexism, Still not asking for it, Teaching our sons how to treat girls, Things that cause rape, Virginity. Bookmark the permalink.

11 Responses to “Boys Will Be Boys,” and Other Bullshit